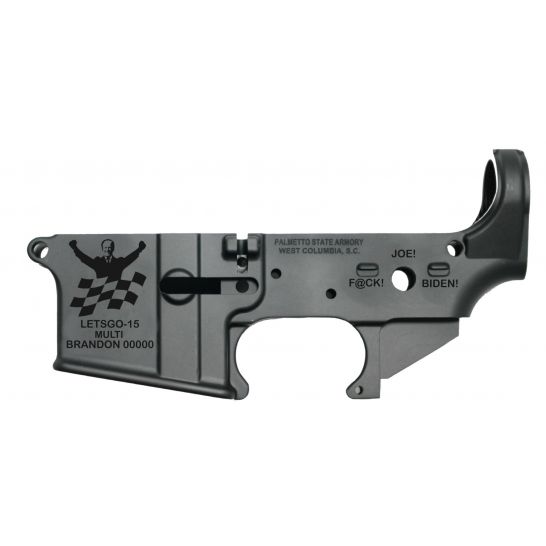 Thanks to the immortal words of Kelli Stavas, ‘Let’s Go Brandon’ became a hilarious new way to voice displeasure with the current president… and NBC has a mighty concern when Palmetto State Armory took the meme and ran.

I shudder when they realize the next meme

But NBC is clearly choosing to take the 1st Amendment protected expression (which Democrats gleefully used under the previous president, #NotMyPresident and so forth) to be an implicit threat against President Joe Biden. It’s a way to be profane toward the sitting POTUS, as if no other president in history has had to endure vulgarity and criticism. This is certainly one of the more clever ways it can be done as it outwardly isn’t vulgar. It’s an middle school grade joke, like Pen-Fifteen (15), where everyone knows what you mean but you didn’t actually say it.

Let’s take a look at how Palmetto State Defines these

Literally memes. 100% unequivocally jokes that make a point and are culturally relevant and entertaining in the moment. The President is not popular, he does not enjoy broad support and is constantly committing concerning, criticism worthy, acts and making odd statements. There is an active portion of the population that believes he is genuinely unwell and should retire. If you compare his current state to his eloquence in his earlier political career there is certainly some cause for concern.

Regardless of your fanship of the previous president or not, the current one is significantly short of fantastic. Therefore people make their opinion known in signs, in posts, in pictures, and in purchases. They do so in the culturally current methods of today.

The real amusing thing is the deliberate emphasis NBC is using to try and make this more than a meme. Like this is a joke too far. To try and make this the item that is too aggressive after the absolutely septic swamp that the opposition to Trump brought the political bar to in Washington D.C. It’s laughable.

Good thing, it’s a meme. We can laugh. Should we so choose we can also buy.