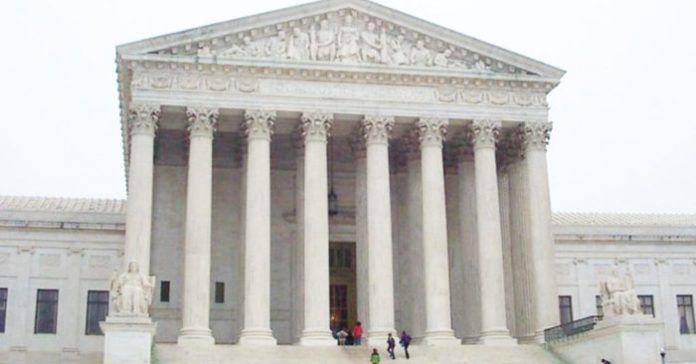 The Supreme Court has a very pull plate on divisive topics as we roll into fall. On Tuesday they heard arguments on the Texas SB 8 abortion ban and on Wednesday they will hear New York’s case on keeping the right to ‘bear’ arms a may issue item subject to state official approval. Perhaps the two most argument inducing and emotive topics in the United States right now, guns and abortion. It will be telling to see the Justices render their constitutional opinions.
From The BL,

The U.S. Supreme Court is preparing this week to review two high-profile cases that will keep American society on edge. They are the right to bear arms in New York City, one of the states with the most restrictions on gun use, and deciding whether the Texas pro-life law mechanism is legal or not.

This Monday, Nov. 1, the nine justices of the Supreme Court will review a second appeal by the Department of Justice (DOJ) and abortion providers who initially sought to block Texas’ S.B.8 law against which the Court ruled.

The DOJ’s second appeal asks the Court to decide whether or not the mechanism by which the pro-life law is enforced is legal.

Known as the ‘heartbeat law’ because it prohibits abortions as early as the sixth week of gestation, when a baby’s heartbeat can be detected in utero. The law was designed to circumvent the use of state resources to enforce it.

The law grants a “reward” of $10,000 to persons who denounce those clinics or persons who perform or assist in abortion in state courts. The reward money is the fine levied on the defendants.

Precisely because the law is enforced by ordinary citizens, the state of Texas argues that the federal government has no right to sue Texas, effectively leaving out the mechanism the DOJ and its federal courts would most likely use to rule against the pro-life law.

The pro-abortion side argues that the Constitution granted the procedure, and the Texas law is defying such a right.

The claim is based on the Roe v Wade 1973 ruling, which legalized abortion based on the 16th Amendment, which says the government cannot interfere with a person’s privacy.

The ruling interpreted that a woman’s decision to terminate a pregnancy was included within the 16th Amendment.

Some say the Texas heartbeat law has effectively circumvented the Roe v Wade argument by excluding the government’s intervention.

On Wednesday, Nov. 3, the Supreme Court will review the case of New York Rifle and Pistol Association v. Bruen, which in general will decide whether the state has authority over the Constitution’s Second Amendment to prohibit ordinary citizens from their right to bear arms.

In more than a decade, it is the first time that the Supreme Court has agreed to review a case involving the right to bear arms.

The case arose from two people who had their application to bear arms banned because they did not have a “justifiable reason.”

Like other liberal states, New York has substantial restrictions on the use of guns, and to bear arms, a person must have a high-risk job or more specific reasons than just being concerned about safety.

The court’s decision in both cases will have repercussions in all other states.