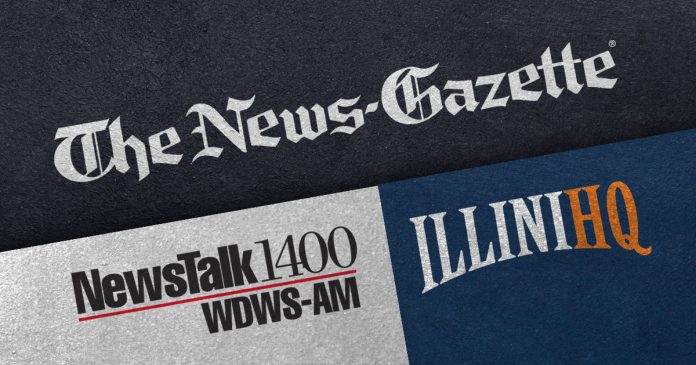 ‘Violence Tax’ is not a new concept. It is one that gets floated here and there, especially in states like New York, California…
and Illinois.
The premise is simple (and flawed). Firearms are the source of violence, right? Oh, my bad, firearms are the source of gun violence, right? Of course they are! So let’s implement a rights tax *record scratch* oh, they mean a ‘violence’ tax because all the folks buying ammo from Cabelas and Bass Pro are contributing so heavily to Cook County’s problems so they should pay to solve them.
In a sane world people convicted of violent felonies and misdemeanors would pay the violence tax but… you know, that might be discriminatory or disproportionately affect the impoverished, or minorities, or both, and we can’t have a law that looks bad from an equity standpoint instead recognizing that violent offenders of all ethnicities are a super minority of the population at large.
Anyway. Cook County taxed guns and ammo additionally, a straight up rights tax, and then just dropped all those dollars into the general fund not even earmarked for community public safety. Combine financial disincentive of a right that you dislike people having with a way to make money on it? Say no more!
Except the ISC said you can’t do that. The money, at the very least, had to go to fund violence prevention initiatives and not the general fund for them to allow the tax to remain. To say nothing of the fact this is straight discrimination against the poor to begin with, separating their rights from them by additional financial barriers of entry and blaming them for violence they have not committed (because then they couldn’t buy the gun and be taxed).
But some people believe this should be a simple answer, even if it is a wrong answer too…

From The Law Q&A,

Is it OK under the Illinois Constitution for an Illinois governmental entity to tax the sale of firearms or ammunition?

Another wishy-washy answer to a simple legal question.

The Illinois Supreme Court recently struck down as a violation of the Illinois Constitution a Cook County tax on firearms and ammo sold by retailers in Cook County.

The Illinois Supremes, in a case where a not-for-profit gun-rights corporation sued Cook County, ruled that the taxes violate the uniformity tax provision of Article IX, Sec. 2 of the Illinois constitution which says, “[I]n any law classifying the subjects or objects of non-property taxes or fees, the classes shall be reasonable and the subjects and objects within each class shall be taxed uniformly.”

Normally when determining if a tax on such subjects or objects is reasonable for its class, a court must see if the tax bears some reasonable relationship to the object of the legislation or to public policy. Cook County argued the tax did — the taxes would help fund the staggering economic and social cost of gun violence in Cook County.

The county asserted that firearms and ammunition are instruments of death and that their harmful effects cost the county immeasurably in terms of public health, safety and welfare.

Ah, but here’s the thing.

The Illinois Supremes ruled that when a tax impacts a fundamental right, that tax must not just be reasonably related to the object, but substantially related.

So, was the Cook County tax for retail sale of firearms and ammo substantially related to those things of public health, safety and welfare?

No, said the Illinois Supremes. Principally because the revenue generated simply got tossed into the general revenue fund of Illinois.

The revenue generated from the firearm tax was not directed to any fund or program specifically related to curbing the cost of gun violence. Such ruling by the Supremes clearly left open the door of passing a tax on firearms and ammo so long as it is specifically directed to fund things curbing gun violence.

By the way, “substantially related” tax are not words found in the Illinois’ Article IX, Sec 2 language, are they?

Nope. All stuff made up by the court.

But then, the U.S. Supremes seem to have made up the right to own firearms by individuals regardless of whether such persons were in a “well regulated Militia.”

Which is the specifically worded premise and purpose to “bear Arms” in the 2nd Amendment — conveniently explained away by the 5-4 majority of the U.S. Supreme Court.

How made up and wishy-washy was that?