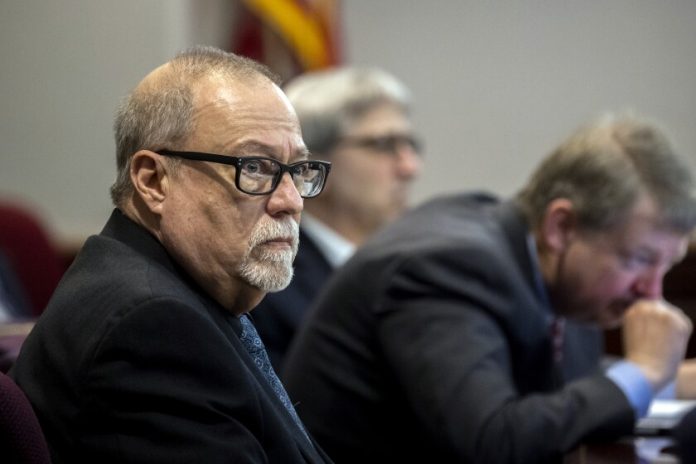 The nation is watching Minneapolis and their decision on whether or not to disband their police department for a new… something. While many departments around the nation took the step of rebranding to ‘Public Safety’ and adding Fire/EMS duties to their officers, with often good results for responding efficiency on certain calls, the Minneapolis situation is something different.
We are not talking about a rebranding, a reshuffle, or an image lift. We are talking about a clean slate approach to public safety which could very well result in a chaotic transition if approved. Need perspective of what that could look like?
Iraq, the reconstruction.
‘But Minneapolis isn’t Iraq!’ you shout! and there you are correct. However our reconstruction effort went down exactly these lines as the US got rid of everyone who was a part of the structure that policed and handed that authority to people who hadn’t. The result was… bad. That is something that is being proposed here, a total reconstruction.
There is no scenario where this goes smoothly. Not one.
The resultant will be a restored police force under a different name and slightly different tasking and management… or a chaotic attempt at ‘community policing’ before some sort of restored police force steps in to resume that duty. Exactly like Iraq.
The theory there was remove all the Baathists, because Baathists were the bad guys under the regime (also the only ones who knew policing). The theory here is get rid of the police, because the police are considered the problem just like the Baathists were. They are corrupt or not doing their jobs or too violent or [insert reason]. But the result is going to be shocking similar as your remove your in place policing system and replace with one they haven’t even figured out yet. I don’t think Minneapolis is going to descend into tribal/sectarian violence based around the Sunni/Shia split, but it could descend into more casual lawlessness including violent lawlessness as no enforcement arm would be in place for the city.
The real question would be if the state of Minnesota and the counties would pick up law enforcement duties as the city figured it out… That is a hard question. While the state and the counties wouldn’t want to put their residents in greater danger than normal, the larger law enforcement entities would be artificially propping up the changeover and putting their own people at risk to do so. After the past two years, nobody is eager to step into another potentially hostile jurisdiction and manage their problems upon the challenges they face in their normal jurisdiction.
This isn’t to say reforming MPD into MPS isn’t the right answer, but how they do it is absolutely the critical factor… and they currently have no plan as part of the vote to do so…
From the LA Times,
MINNEAPOLIS —

Days earlier, George Floyd was murdered by a Minneapolis police officer a few blocks away, unleashing massive protests nationwide. Now hundreds of protesters had gathered in the park. They wanted justice. They wanted accountability. They wanted reform.

“We should and can abolish our current Minneapolis police system,” Councilwoman Alondra Cano said at the time.

On Tuesday, more than a year after Floyd’s death, voters in Minneapolis will decide whether to replace the city’s embattled Police Department with a new Department of Public Safety, an effort that, should it pass, could lead to similar measures in cities all across the country.

If voters approve, the Police Department, and the office of its chief, would be removed from the city charter and a minimum funding requirement would be eliminated.

The new department, which could still include police officers, would be led by a commissioner nominated by the mayor and appointed by the City Council.

Not detailed in the ballot language is exactly what the new department would do or how it would specifically operate. Many of these questions will be answered by the mayor and City Council if the measure passes. Funding for the department would still come from the city, the total being determined, as it is now, by elected city officials.

Some people questioned during jury selection about the killing of Ahmaud Arbery have said he was ‘racially profiled’ by the white men who chased and shot him.

For months, residents of Minneapolis, where violent crime has spiked recently, have battled over whether to support Question 2.

Most everyone here agrees that policing needs to change — it’s impossible to watch the video of Floyd’s final breath and think otherwise, critics say — but they’re split on how that should happen, especially in the aftermath of nationwide demonstrations that demanded departments reform even as they angered many police officers who felt unfairly vilified.

It’s a debate that has divided Democratic politicians, who hold most of the political power in Minnesota and its largest city. Progressives like U.S. Rep. Ilhan Omar and state Atty. Gen. Keith Ellison, who successfully prosecuted former Minneapolis police Officer Derek Chauvin in Floyd’s murder, support the measure.

“Now more than ever, we need to drive a conversation in Minneapolis about how we can have both safety and human rights, both a feeling of security and a feeling of hope,” Ellison wrote in a recent Minneapolis Star Tribune op-ed. “The vote on the charter amendment gives us that opportunity.”

Moderate Democrats, including U.S. Sen. Amy Klobuchar and Gov. Tim Walz, oppose the measure, as do Minneapolis Mayor Jacob Frey, a Democrat, who is up for reelection, and Minneapolis Police Chief Medaria Arradondo.

At a news conference last week, Arradondo said that “to vote on a measure of reimagining public safety without a solid plan and an implementation or direction of work — this is too critical of a time to wish and hope for that help that we need so desperately right now.”

For much of the past year, Frey and Arradondo have touted wide-ranging policy changes, including bans on police chokeholds or neck restraints, and a requirement that officers intervene if a colleague uses improper force.

Even so, the U.S. Department of Justice earlier this year opened an investigation into the training, tactics and discipline of the Minneapolis police force.

“Building trust between community and law enforcement will take time and effort by all of us, but we undertake this task with determination and urgency, knowing that change cannot wait,” U.S. Atty. Gen. Merrick Garland said at the time.

A September poll by the Star Tribune of 800 likely voters found that 49% supported replacing the Minneapolis Police Department with a new department of public safety while 41% were opposed. Ten percent were undecided.

Jamar Nelson, 43, who lives on the predominately Black north side of Minneapolis, understands why some people want to re-create a public safety system in the city: He still bears a scar after being beaten by police raiding his apartment in 2000.

“For quite a long time I was anti-police,” he said.

Nelson is a member of the local group, A Mothers Love Initiative , which works with families of victims of gun violence.

While he supports reforming the police, as well as how mental health crises are handled, he is fearful about what could happen if the measure passes.

In his neighborhood, he’s recently seen more gunfire, robberies and traffic violations — “straight lawlessness,” he said. A friend lost her only son in a shooting at a convenience store.

Nelson attributes the spiraling crime to a diminishing police force: The department has shrunk to 588 officers, down about 300 since Floyd’s killing, and not all of the remaining officers work patrol. Some have left the department citing post-traumatic stress disorder from the unrest after Floyd’s death and due to low morale within the ranks.

“That is ridiculously scary,” Nelson said.

But others in the city see swift change as necessary.

He’s noticed a rise in violence but said the police have “never been readily available.”

In 2019, someone shot at a neighbor’s house — a “big and traumatic” moment for many in the neighborhood, he said. The police arrived within about 15 minutes and taped off the area but didn’t seem interested in getting information from neighbors.

About a month ago, Bullock was driving home at night when a man fired a gun in the air. Bullock pulled over and watched. The agitated man jumped in his car and drove off. A cop then drove by slowly, flashed a light and drove away.

“I feel like they’ve always treated north Minneapolis with kind of a disdain — like it’s our fault for living there,” Bullock said.

It feels to him, he said, as if police want residents to feel stressed, like they’re living in chaos, so they’ll vote against the amendment out of fear.

“That’s an intentional sort of disdain for people who live in the city,” he said. “Of trying to show us how much we need them and how much we should never dare to question.”