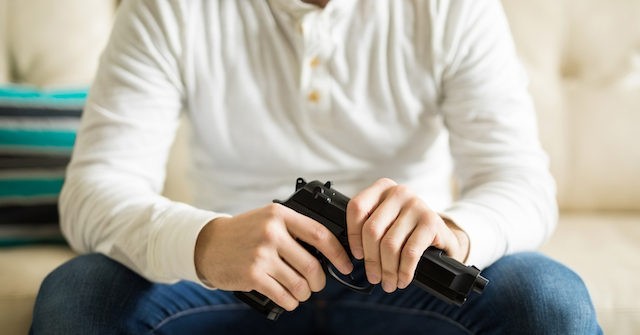 Gun Violence is a misnomer catchall term that usually means any injury or death that occurs due to a firearm. This term often includes accidents, suicides, officer involved shootings, and more under the same umbrella term used for aggravated assaults and criminal homicides.
Organizations use the umbrella term to inflate numbers by gathering more incidents. Higher numbers incite more concern. With the majority of gun deaths nationally being suicide, they can make the U.S’s Gun Violence Problem look for more critical than their ‘gun homicide problem’ or even their majority ‘handgun homicide problem’ as handguns are by far the most common method. Careful language selection allows someone to report the truth from a certain point of view while projecting an inaccurate message to any consumer who doesn’t understand the point of view they are referencing and will instead default to a point of view that fits common perceptions. Gun Violence brings to mind homicide and assault, not suicide or an officer acting correctly within the bounds of their duties.
People who use the term know that.
From Breitbart,

ABC News is rolling out a “Gun Violence Tracker,” which they will use to keep mass shootings and other high-profile gun crimes at the forefront of American minds.

The launch of the tracker coincides with the network’s current miniseries, “Rethinking Gun Violence.”

ABC News notes, “We…developed a Gun Violence Tracker to help illustrate the daily toll of gun violence in America in partnership with the independent, nonprofit Gun Violence Archive because of the lack of up-to-date federal data.”

The “Gun Violence Tracker” is being carried out in partnership with the Gun Violence Archive (GVA), which ABC News describes as “an independent non-profit [that] has been tracking gun-related incidents in the U.S. since 2013 on a near real-time basis through a variety of other sources including law enforcement, media and other government entities.”

As ABC News includes GVA numbers in the “Gun Violence Tracker,” it is important to note that GVA counts officer-involved shootings and defensive gun uses as gun violence. The GVA notes:

Gun Violence describes the results of all incidents of death or injury or threat with firearms without pejorative judgment within the definition. Violence is defined without intent or consequence as a consideration. To that end a shooting of a victim by a subject/suspect is considered gun violence as is a defensive use or an officer involved shooting. The act itself, no matter the reason is violent in nature.

Our definition of gun violence is intended to be fully inclusionary of disparate elements of gun related incidents…in that, all types of shootings are included, whether OIS, accidental, children shooting themselves, murders, armed robberies, familicide, mass shootings, DGU, Home Invasions, drivebys and everything else. We derive our definitions from CDC, FBI, NIH, and other organizations who have established standards.

It is also important to note that ABC News relies on individuals such as Dr. Georges Benjamin of the American Public Health Association.

Banning devices that allow guns to fire multiple rounds can reduce both the risk of mass shootings and the number of people killed, a new @AMJPublicHealth study shows. #EndGunViolence https://t.co/IUe082rqqu

Benjamin lumps suicides in with homicides as examples of gun violence, “We talk about the mass shootings or the kid in the city that’s shot, but we’re not talking about the other forms of gun violence, the depressed, lonely man who took his own life with a gun.”

ABC News explains that the deaths reported in their “Gun Violence Tracker” will “include homicides, accidental discharges, and suicides associated with police standoffs and murder-suicides.”