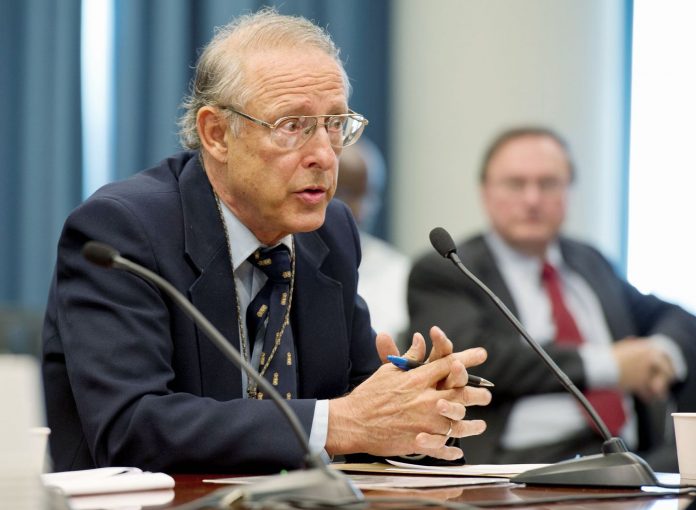 D.C. vs. Heller was the landmark 21st Century decision that affirmed across the nation that the 2nd Amendment was an individual right. It also nullified the handgun ban that Washington D.C. had put into place in the name of ‘public safety’ that had been working out oh so well [/sarcasm]
Heller is back, and this time he is taking on the city over so called ‘Ghost Guns’, the home built firearms that federal law does not require have a serial number.
From NewsNation,

A D.C. resident who won a 2008 landmark Supreme Court case to stop the city from banning all handguns is back in with another lawsuit over a new law prohibiting “ghost guns.”

Dick A. Heller, who lives in Southeast Washington, argues the law barring so-called ghost guns, or homemade polymer-based guns without serial numbers, is too far-reaching.

“The District legislation in question is so poorly thought out and written that the city council has managed to criminalize the possession of a vast array of popular, common handguns that it regularly allows residents to register, including the very handgun it issues to its police officers,” according to the suit.

The D.C. Council lauded the law as a way to tamp down on unserialized guns used by criminals that cannot be traced by police. In 2019, the Metropolitan Police Department reported it recovered 116 ghost guns, which it said “have become more prevalent” because the parts can be purchased online and assembled in a person’s home.

Mr. Heller, however, says the law violates his Second Amendment right to bear arms. He made the same argument in a previous lawsuit targeting the city’s blanket ban on handguns, and the high court eventually ruled 5-4 in his favor.

The District’s elected officials, he said, have long “adhered to a cynical policy of ‘self-government for me, but no self-defense for thee.”

The city’s legislation defines a ghost gun as “a firearm that, after the removal of all parts other than a receiver, is not as detectable … by walk-through metal detectors.”

When all parts besides the receiver are removed from a gun, all that is left is the polymer frame — which is not made of metal. Thus, the suit claims the city “has apparently unwittingly made … existing polymer frame handguns illegal.”

“It may very well be the case that the District City Council and the District Government are so lacking in knowledge of firearms technology that they simply do not know what they have done,” the suit states.

Mr. Heller is joined by two other D.C. residents in the suit, Andrew Hanson and Elby Godwin, who both claim they are worried their polymer-based guns are now illegal. They are represented by George Lyon of the Virginia-based law firm Arsenal Attorneys.

Polymer-based guns are popular among both civilians and police because they do not have a metal frame, which makes them less heavy and easier to carry, according to the suit. It points to an article at guns.com that states the top 10 pistols sold in 2020 were all polymer based.

The new law adds to a 1976 ban on manufacturing guns in the city without a dealer’s license and Mr. Heller says the statutes prevent him “from making a firearm which is otherwise lawful to register.”

Unfinished handgun frames or rifle receivers for guns are also banned under the new law, which Mr. Heller believes is the reason the gun kit he ordered and had shipped to a city federal firearm licensee for registration was sent back to the manufacturer in April.

“The right to manufacture an arm is equivalent to the right to acquire an arm,” the suit states. “If Mr. Heller cannot acquire the precursor parts for a firearm, such as an unfinished receiver, whatever that is under District law, he cannot make a firearm.” He is seeking damages for the inability to construct a firearm.

The suit also notes the D.C. law is stricter than that of the Bureau of Alcohol, Tobacco and Firearms. The ATF has ruled that the parts do not qualify as firearms because the components, alone, cannot be used to shoot a projectile.

A coalition of nearly 20 state attorneys general sued the ATF in December, arguing its interpretation has caused an uptick in the untraceable guns. Less than three months later, President Biden vowed to direct the Justice Department to issue new regulations for ghost guns as a way to “tackle gun violence.”

Meanwhile, the D.C. gun owners want a judge to declare that the city’s law is unconstitutional and to block its enforcement.

The city officials must respond to the suit by Oct. 18.