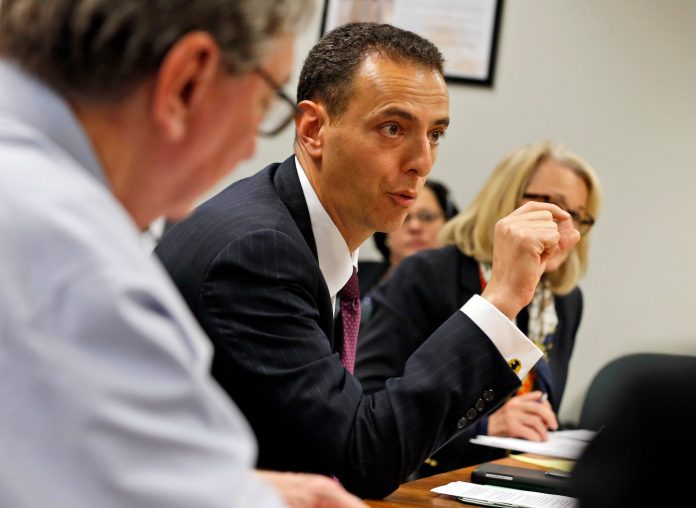 After Virginia swung Blue on the national elections scale due to a substantial and concerted effort by exterior actors, the state at the lower more local levels was upset. The 2A March showed that after those elected officials took down Virginia citizen’s 2A writes from the hallowed walls of law and fed them into a fire.
Now, gerrymandering is an old trick. A very, very old trick. Redistricting is a necessary part of tracking population change and movement of the state’s citizens, but the party most likely to gain advantage by those changes is going to make a very concerted effort to see they land in their favor, all while blaming the other party for doing the exact same thing.
Politics.
In Virginia currently the redistricting is gridlocked as both sides accuse the other of trying to gain an unfair advantage while their team only wants a fair election, obviously. It isn’t an easy nut to crack as local Reps should be elected out of the space they are set to represent, where Federal Senators can much more easily be structured to come out of the state electorate pool as a whole because only two are being sent to DC.
In short, there is little real incentive for either side not to stack districts in their favor if the opportunity presents itself and much more incentive to complain about the other teaming doing the exact same thing and drum up moral outrage…
P o l i t i c s
From WaPo,

The bipartisan Virginia Redistricting Commission nearly gave up on drawing a congressional map on Wednesday after coming to blunt terms with their reality: Partisanship is the real motivating factor — even on a commission created expressly to avoid it.

Yet again, the commission gridlocked after trying to reach a consensus on a direction of a new congressional map. Following hours of largely fruitless debate, several commissioners said it was time to cut to the chase and be upfront about the political biases that have been derailing progress.

“That’s the elephant in the room we’re all talking about,” said Democratic citizen member James Abrenio, arguing it was futile to continue debating different maps if the only real data influencing decisions was how each political party would fare.

Del. Marcus Simon (D-Fairfax) said that he would not support a map that equally gave Republicans and Democrats five safe seats while only one seat, the 2nd District in Hampton Roads, would be competitive. Such a map would represent a gain for Republicans that the commission’s Democrats have argued does not reflect the changing demographics and voting patterns of the state; Republicans currently hold only four of the state’s 11 seats and have not won a statewide election since 2009.

Again, the motion failed on an 8-8 vote.

The stalemate was yet another indication that political appointees seldom set aside politics to deliver the type of fair political maps voters were hoping for when they approved a constitutional amendment establishing the bipartisan commission.

The commission has until Oct. 25 to submit a congressional map to the General Assembly for approval, with the possibility of a 14-day extension. And commissioners indicated Wednesday that more time may certainly be needed to try to reach an agreement — if they can reach one at all. If not, the state Supreme Court would draw the map. The commission already has given up on drawing the state House and Senate district maps, punting that task to the high court.

The commission reviewed a map Monday that combined districts drawn by Republicans and Democrats, but negative public comments and concerns about behind-the-scenes influence of the National Republican Redistricting Trust led commissioners to seek major adjustments.

“This commission has decided that partisanship was far more important than what citizens wanted,” she said. “And the citizens wanted to end gerrymandering. They wanted fair maps for the commonwealth, and that’s not what we’re giving them.”

Democratic co-chair Greta Harris compared the repeated failed efforts to transcend partisan gridlock to “the definition of insanity,” saying there was no point to more meetings and inviting public comment if the outcome was not going to change.

“Several commissioners said I’m not a quitter. I’m not a quitter either,” she said. “But at some point or another, banging your head against the wall and expecting something good to come out of it is just not worth it.”

Still, the prospect of utter failure seemed to prompt a number of commissioners to urge one another to keep trying in good faith to find common ground, and not to discount the work that had already been done.

Republican commissioners Richard Harrell and Del. Les Adams (Chatham) offered a silver lining, noting that both Democratic and Republican map-drawers offered much more compact maps than the current congressional districts. “We tried to follow the standards,” Harrell said. But when it comes down to it, “we just won’t give in that last bit.”

He said he agreed with Sen. George Barker (D-Alexandria) that perhaps there was another way forward — some kind of compromise between 5-5-1 and 5-4-2 setups.

After several agreed to keep trying, the commission finally reached a consensus. They voted to adjourn and reconvene if co-chairs Harris and Mackenzie Babichenko jointly called them back — only if the co-chairs could find that Republican and Democratic map-drawers made any progress toward a compromise. If so, more public comment would be solicited.

“I think we owe it to the commonwealth to fight until the end,” said Republican commissioner Jose A. Feliciano Jr. He urged his colleagues to “look in a mirror and say, ‘Why am I doing this? Why am I here?’ ” before they return.