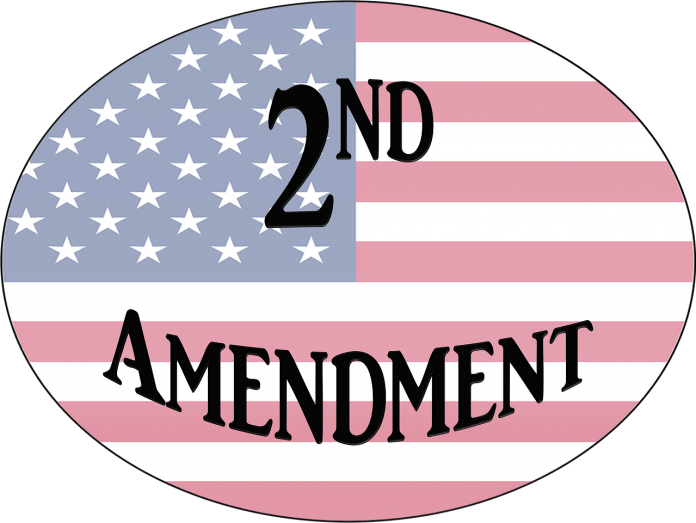 From the MCRGO press release,

The return of the Michigan Legislature to its fall session means several firearms related bills are advancing in the legislative process while several new ones have been introduced.Here’s what’s happening…

House Bill 4003: Currently a person caught carrying a concealed pistol with an expired CPL faces a five year felony. This bill would change that to $330 civil infraction as long as certain conditions are met. MCRGO supports the bill as introduced. However we along with our allied gun groups have concerns with the version of the bill reported out of committee. The bill is now awaiting consideration before the full House.

House Bill 4066: This bill would create a knife preemption act similar to the state preemption law that already exists for firearms. That is, there would be one set of regulations state-wide for carrying a knife for self-defense instead of differing local ordinances. While not a gun bill, it is of interest for many of our members who also carry knives. MCRGO supports the bill. As of the time of writing, the bill was awaiting final consideration in the Senate before going to the governor.

House Bill 4718: Right now a person must apply for a concealed pistol license in the county in which they live. This bill would allow a person to apply for a license in any county if the county clerk were to accept out-of-county applications. This would provide additional revenue for those counties while also providing a relief valve for counties with appointment schedules backed up for months. The bill has passed the House and is awaiting a Senate committee hearing.

House Bill 5271: Similar to House Bill 4718 above, this new bill would allow a person to apply for a concealed pistol license in their own county, a county contiguous to the county of their residence, or in a county in which they have a primary place of business. While more restrictive in location than HB 4718, it does not provide clerks with discretion on whether to accept out-of-county applications.

House Bills 5187 & 5188: Michigan was one of just seven states in the country to refuse to designate the firearms industry as essential during the COVID-19 related Stay Home orders of 2020. Two bills, House Bill 5187 and House Bill 5188, were introduced in Michigan House of Representatives just before the legislature started its summer break. These bills would ensure this situation is not repeated. House Bills 5187 & 5188 would amend the Emergency Management Act and Public Health Code to disallow future emergency orders that would “prohibit, suspend, or limit” the firearms industry and Second Amendment rights of Michigan residents. More specifically, they would protect the “otherwise lawful possession, carrying, display, sale, transportation, transfer, defensive use, or other lawful use” of firearms and ammunition, along with their components and accessories during a declared emergency. They would also prohibit the registration or seizure of those items. We anticipate action on these bills in the near future.

House Bills 5364-5367: This bill package introduced in early October would eliminate the requirement to have a concealed pistol license for concealed carry but would require a CPL for carrying in currently prohibited places.

Perhaps the most progressive of these items (in the sense of pro-gun progress) are the elimination the the pistol transfer licensing and destruction of the current records that are wasting time and space. The police use it mostly to return stolen property, but it is redundant with missing firearm reports and other LE tools that list missing firearms by serial number. Having personally experienced the detail (or lack thereof) that go into a police report even as I provide detailed descriptions and S/N’s it seems like getting rid of the waste of time and space has positive implications.

To the best of my knowledge and at every time I have checked, the database has never been crucial in locating a suspect or charging that same suspect for their use of a weapon in the commission or furtherance of a crime. I could be wrong, but specific examples of the databases efficacy instead of a data breach waiting to happen *cough* New York *cough cough* on owners names, addresses, and what ‘handgun‘ defined firearms they own.

It would be one more public registry of property that the government has no right to know about gone. With a Democratic Governor sitting right now I do not know how likely it will be to pass though. It would be a way to garner favor outsider her voting base, but it would irritate her irrational and gun control happy voters to see her ‘caving in’, or some other such nonsense language, on guns to the ‘radical right’

Anyway, that’s the mitten. Good things if they pass.