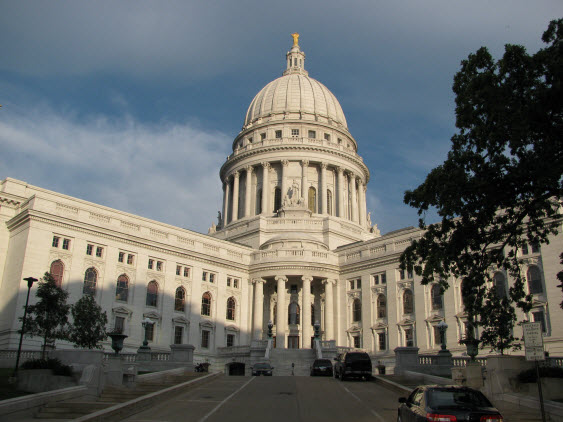 Second Amendment Sanctuary States continue to be a political declaration from the smaller, mostly middle nation states, to the federal government on several of their recent plans to enforce further restrictions nationally on gun owners.

Wisconsin, like Michigan, is a mixed political state where the quality of an individual candidate or policy can make or break a ‘left’ or ‘right’ vote on an issue as the state overall is fairly moderate. Most of the nation is when it is distilled, but the hard trends remain on the binary issues. The second amendment tends to be one of those issues.

The Governor is unlikely to approve the measure, just as would be the case in Michigan, but it is a statement from the legislature and the people that they are tired of arbitrary and ineffectual rules being used in place of meaningful policing and reform for controlling violent crime.

It will be interesting to see which states push these issues in 2022, especially after the Supreme Court rules on the New York case.

Lawmakers at the Wisconsin Capitol wanted to declare the state a Second Amendment sanctuary, but it’s not going to happen.

Republicans in the Wisconsin Senate approved a plan that would put the state on the record as being against a federal gun registry, federal gun seizures, and as being against certain federal gun laws. The state Assembly approved the same plan earlier this month. The proposal will not become law, however. Governor Tony Evers has promised to veto the plan as soon as it gets to his desk.