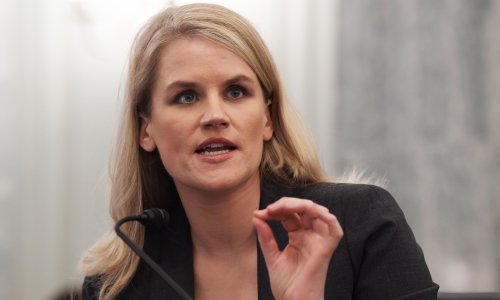 A ‘Whistleblower’ is an internal person within a company or organization who comes forward with information on a policy, or practice, that may or maynot be illegal but is certainly ethically questionable or morally repugnant. The recent admissions out of social media that high follower count celebrities and politicos get special rule sets and treatment (something that has always been suspected) is one such event in a chain. Confirming those suspicions and outing the company might be an ethical choice, but it will have consequences both positive and negative to ones life. Any company, no matter how virtuous, is going to look at a whistleblower askacne and with wariness for if their policies don’t live up to the whistleblower’s ideals it could be a problem for them.

The very act of hiring a former whistleblower, regardless of qualifications, will be taken as a statement of intent and affiliation. It is one of the reasons companies take great pains to protect their images and IP with NDA’s, non-competes, and other legal measures.

When Frances Haugen revealed she was the Facebook whistleblower who supplied internal documents to Congress and the Wall Street Journal, she joined a growing list of current and former Silicon Valley employees who’ve come forward to call out military contracts, racism, sexism, contributions to climate crisis, pay disparities and more in the industry.

In the past days, the Guardian spoke with five former employees of Amazon, Google, and Pinterest who’ve spoken out about their companies’ policies. The conversations revealed Haugen’s experience has been singular in some respects. Few of them received the international praise bestowed upon her. Some of them said they have faced termination, retaliation, harassment and prolonged litigation.

But Haugen is entering a community of whistleblowers that appears tighter than ever, with some working to make it easier for the employees to come forward, through legislation, solidarity funds, and resources.

“Welcome to the party, Frances Haugen,” one tweeted.