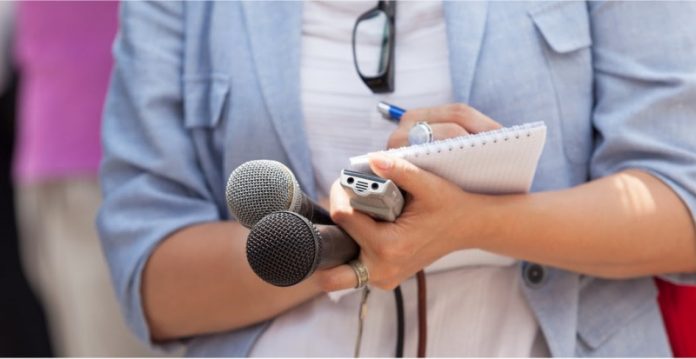 New protections in California for journalists, specifically related to coverage of protests and riots, has been signed into law in California. It will be interesting to see if this coverage extends to places like the Mexican border crossings where journalists have been barred access by Immigration and Customs Enforcement.

These protections of coverage extend certain exceptions to declarations like curfews to the press for coverage of current events. The ability of the press to cover current events is one of the core principles of the First Amendment and its even application to reporters is crucial.

By that same token any ‘journalist’ taking place in activities outside reporting would be subject to the law as a regular citizen if they are not acting in their role as a reporter.

Senator Mike McGuire’s legislation, which advances some of the toughest press freedom protections in the nation, has been signed into law by Governor Newsom today.

SB 98 has been one of the most critical bills focused on first amendment protections moving forward in any state legislature. The new law’s provisions will extend crucial protections to members of the press as they enter and report on events protected by the First Amendment.

Freedom of the press is foundational to our nation. It strengthens our democracy by providing transparency, keeping a check on government, and informing our everyday decisions. But this freedom is under assault here in the United States.

“There’s no doubt about it, California now has some of the toughest protections in place for journalists compared to any other state in America. We have seen a surge in egregious acts of violence and obstruction made against members of the press across the country and right here at home in the Golden State,” Senator Mike McGuire said. “This law will provide critical protections for the press as they attend and report on First Amendment events like protests, marches, rallies, and demonstrations. California is leading the way to ensure the freedom of the press and the First Amendment are protected and held to the highest standard. I’m grateful to Governor Newsom for his signature and to the hundreds of journalists and Guild Members who mobilized across the state along with the California News Publishers Association and the California Broadcasters Association, to ensure SB 98’s success.”

In 2020, over 600 reported acts of aggression against reporters took place. Rubber bullets, tear gas, and even detainment cannot become the new norm for an essential pillar of our nation’s democracy. California must lead the way to protect and uphold the right of the press and the First Amendment.

Currently, California law allows reporters and other members of the press to enter natural disaster emergency areas behind closed law enforcement lines – such as areas impacted by fires, floods, and earthquakes – in order to gather information to relay to the public. They can also go out during curfews at times of natural disasters. Until now, these critical protections, however, did not expressly extend to first amendment events such as protests and marches.

SB 98 prohibits law enforcement officers from obstructing, detaining, assaulting, or otherwise preventing the press from fulfilling their constitutional mandate in reporting on these events.

Additionally, the bill mandates that reporters can challenge their detainment or lack of access by working with law enforcement management on scene. This provides a necessary safety net to reporters who are not granted access or intentionally detained or mistakenly detained.

Recent police action demonstrates that these statutory protections are critical to ensure our democratic system has access to newsworthy information to inform the discussion on the crucial issues that California and the nation face.