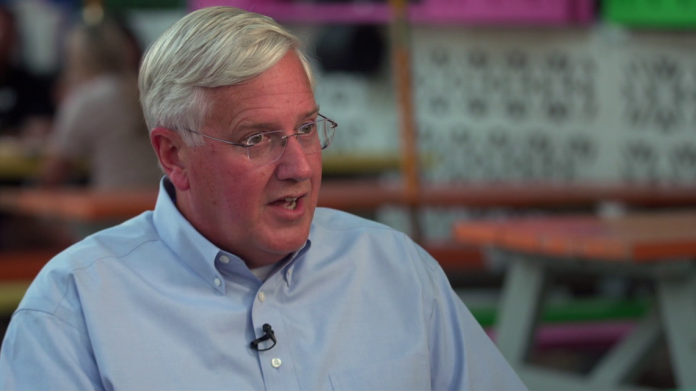 Below is a Q&A with the Lt. Gov. Candidate running in Texas. It is clear they know the audience they are talking to in the cities, the places where Democrats have the strongest hold in Texas. Equally though, they understand that this is Texas. That means a lot of things, even to Texan Democrats. Texans of all political leanings are Texans, and the influx of new blood from places like California (where they breed a different breed of Democrat) better take notice.
Perhaps the most interesting is their slow roll on the 2A front, where they are trying to gain inroads like ‘background checks that work’ (which they do, as much as they can possibly work they do) and red flag laws. Both are feel good policies, but have dangerous
From ITP,

Collier spoke to Inside Texas Politics about issues he believes Texans are facing and how he’d address them.

What are the two biggest problems facing Texas right now… and how do you fix them?

“Well, we absolutely have to fix the grid.  There’s no question about it.  I had been concerned about the grid because it was designed improperly many years ago.  And we all know the state was outgrowing it.  So, we have to do two things fundamentally: change the incentive structure so that companies invest in backup generation.  We need extra generation so that we can meet the demand on a hot day in the summer.  And then we have to winterize.  Not just winterize the electrical gear, but we have to winterize gas production.  So, it seems simple.  That’s not hard.  However, what’s hard is the political will to do that, because we’re talking about billions of dollars.   And then finally, when we do do those things, we have to make sure who pays for it, it has to be fair.  And so, it can’t all land on consumers.  It has to be shared equally by those that consume power, including the commercial and industrial users.”

“You can’t talk about property taxes without talking about public schools. And you can’t talk about public schools without talking about property taxes because the two are inextricably linked. We do not have enough funding for our public education. But we’re also paying property taxes that are too high and it’s unfair. I campaigned hard on that in 2018. And I know why the problem is. The problem is that the state is not doing its job. The state is deliberately putting the cost of education onto homeowners’ backs and small businesses. We’re paying more. The state is paying less. And therefore, we get increasing property tax bills, but we don’t see any improvement in terms of funding an education.”

How do we keep Texas citizens safe from gun violence, while also respecting the 2nd Amendment?

“There’s a lot that we have to do.  Background check system that works.  That would be huge.  Red flag laws.  That would be huge.  And perhaps the liability should follow the gun owner, if that makes any sense.  So, if you own a gun and something terrible happens with the gun that you own, perhaps you ought to be on the hook for this.”

What should abortion rights look like for a woman in the state of Texas?

“It’s not going to surprise you as Democrat that I support a woman’s right to choose.  I think that’s the right thing to do.  And so, Roe vs Wade laid down a framework for that.  And within that framework, we lived pretty well together.  I’d like to see us go back to that.  I think that makes a great deal of sense.  What we’ve seen out of the legislature is what I would call an end around, mocking the constitution, taking away a woman’s right.  You know, a woman has a right to be master of her own destiny.  Just like any man.  And it’s not just a Democrat thing here.  This is a Texan thing.  And I can tell you I’ve spoken to a lot of Republican women who are very angry about what happened.  So, we lived with Roe v. Wade for a long, long time.  We should respect that, respect the rights in the constitution.  That’s my point of view.”

Which Democrat would you like to see run for Governor?

“So, Beto and I are friends.  Beto O’Rourke, the fellow from El Paso, perhaps you’ve heard of him?  But I know Beto well.  I think Democrats love Beto.  And I’d like to see him run for Governor.  I don’t know if he’s going to or not.  You’ll have to ask Beto that.  But I think for Democrats that are listening, I always hasten to point out that I got more votes than he did in two-thirds of the counties in this state.  I did very well in rural Texas.  He did very well in urban Texas.  And so, if we work together and compare notes, both of us have statewide campaign experience, it takes a long time to learn how to do this and build your own infrastructure and your network, so I’d really like to run with him.”