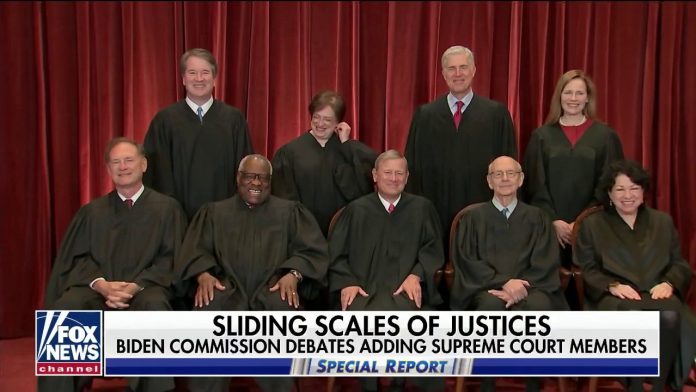 The Supreme Court of the United States (SCOTUS) has a full schedule of items and many cases for the fall. The two biggest issues of the year will be abortion and carry rights. With a 6 to 3, or even just 5 to 4 depending on Chief Justice Roberts, the court could make some drastic changes to the rules that govern the nation that have been contentious at the state levels and vary wildly from one state to another. However, the tradition of the court has held strong under the new Justices, they take their jobs very seriously and have made strong indications that they will not make drastic corrections to any standing law unless the constitution and precedent require it. They are known for issuing narrower rulings or declining cases that have been resolved at lower levels in order to continue to encourage resolutions at below the SCOTUS level where possible. We will see. The issue of right to carry is certainly one that requires a national resolution, rules vary too widely state to state with most states having a may issue standard or better and a few clinging to the arbitrary right to deny at their total discretion removing any objective standard for carry in the state.

The Supreme Court this week will again assemble for a new term and pundits and politicians are already handicapping the cases. This term, however, has more drama and tension as Democrats call for packing the court with an instant liberal majority and others attack its members in anticipation of opinions that have yet to be written.

The reality is summed up in one of my favorite stories about Supreme Court Justice Oliver Wendell Holmes when he was on a trip to Washington. Holmes forgot his ticket but the train conductor reassured him, “Do not worry about your ticket. We all know who you are. When you get to your destination, you can find it and just mail it to us.” Holmes responded, “My dear man, the problem is not my ticket. The problem is, where am I going?”

The same question is being posed about the court as a whole. Last term was marked more by unanimous decisions than sharply divided justices breaking along neat ideological lines. However, this term has some “matinee cases” that could deliver transformative rulings. Here are four such cases to watch.

Perhaps the most discussed case of the term is that of Dobbs v. Jackson Women’s Health Organization.

While the media and politicians were decrying the recent Texas abortion law and misrepresenting the court’s order in that case, the real and immediate threat to Roe v. Wade  (and Planned Parenthood v. Casey) was already sitting on the docket like a ticking bomb set for a Dec. 1 argument.

Dobbs involves a challenge to a 2018 Mississippi law that banned most abortions after 15 weeks of pregnancy. It notably has only one question presented: “whether all pre-viability prohibitions on elective abortions are unconstitutional.” It is a question that should be chilling for pro-choice advocates – no exit ramps, no ambiguity.

It is a direct avenue for allowing greater state legislation in the critical pre-viability period of pregnancies, or even the possibility of a direct overturning of Roe. Oral argument is Dec. 1.

Ten years ago, the Supreme Court handed down the landmark ruling in District of Columbia v. Heller, recognizing the Second Amendment as encompassing an individual right to bear arms. Two years after Heller, in McDonald v. City of Chicago, the court ruled that this right applied against the states.

Since then, courts have rejected efforts to limit aspects of gun ownership from barring concealed weapons to restricting ammunition. Then, in Wrenn v. District of Columbia, the D.C. Circuit struck down a requirement that gun owners show “good reason” for a concealed carry permit as unconstitutional. Just last month, D.C. lost another major ruling under the Second Amendment.

New York has not had a great history with the court recently on gun control cases. New York politicians triggered a long fight over a law that many of us viewed as unconstitutional – pledging publicly to take the law limiting the transportation of guns to the Supreme Court. Once the Supreme Court accepted the case, however, the same politicians changed the law to avoid a final review of the constitutionality. The court did not immediately dismiss the case as moot and some clearly wanted to call the bluff of the city. However, it finally let the case go, but it now has Bruen.

Perhaps the most discussed case of the term is that of Dobbs v. Jackson Women’s Health Organization.

The case concerns restrictions under New York penal law on who can receive a concealed-carry handgun license and requires a showing of “proper cause.” Lower courts upheld the law but there are ample constitutional concerns over the vague New York standard like showing that you are “of good moral character.”

The case is again a single question presented that could allow a strong pro-gun majority on the court to reinforce and expand protections under the Second Amendment. Oral argument is scheduled for Nov. 3.

Last year, the court ruled 5-4 in Espinoza v. Montana Department of Revenue that Montana could offer a scholarship program to religious schools. Now, in Carson v. Makin, the court will deal with the flipside question in a Maine law barring the use of a student-aid program for schools that teach “sectarian” religious content.

Scheduled for an argument on Dec. 8, the case could expand on the protections afforded such religious schools. It could build on the holding of Chief Justice John Roberts in Espinoza that, if states offer education subsidy, they “cannot disqualify some private schools solely because they are religious.”

Across the country, faculty and students are facing rising intolerance on college campuses for dissenting views on issues ranging from police abuse to pandemic mandates to systemic racism.

Houston Community College System v. Wilson could allow the court to reinforce First Amendment protections for speakers at a time when free speech is under fire. The case presents the question of whether the First Amendment limits a local government’s power to censure its members. In the case, a school board censured a member and took adverse actions against him after he publicly accused them of corruption.

There are other notable cases, including CVS Pharmacy v. Doe (disability discrimination under the Affordable Care Act), United States v. Zubaydah (the state’s secrets privilege and the rights of a Guantanamo Bay detainee), FBI v. Fazaga (use of informants to target mosques), United States v. Tsarnaev (challenge of one of the Boston bombers to the exclusion of evidence and limits on raising media coverage with potential jurors), Federal Election Commission v. Ted Cruz for Senate (a challenge by Texas senator to the $250,000 cap on repayments to candidates from post-election donations).

It is not clear where all of these cases will take the court, but, like Holmes, the court likely to make some serious tracks before this term is over.