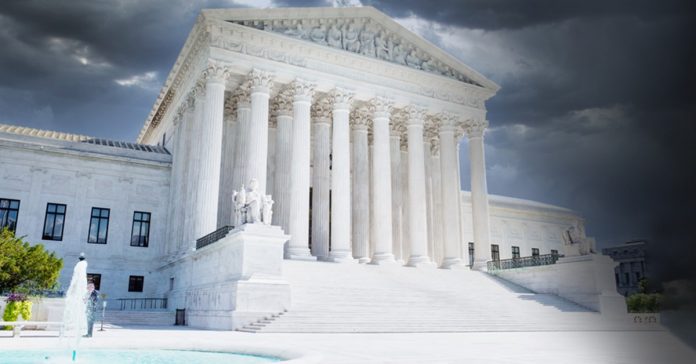 After what was to many gun-rights supporters a prolonged hiatus, a case squarely involving the scope of the Second Amendment is back before the U.S. Supreme Court. On April 26, the Court granted cert in New York State Rifle & Pistol Association v. Bruen. Brought by NRA’s New York state affiliate, with NRA’s backing, the case provides the Court with the opportunity to affirm that the Second Amendment protects the right to bear arms for self-defense outside the home. Given some of the lower federal courts’ intransigence in the wake of D.C. v. Heller and McDonald v. Chicago, in which the Court recognized that the Second Amendment protects an individual right to keep and bear arms, the stakes in NYSRPA v. Bruen couldn’t be higher.

New York operates a may-issue licensing scheme. In addition to requiring the applicant be law-abiding, the prospective license holder must also demonstrate to a licensing officer that “proper cause exists for the issuance” of the license. While Second Amendment supporters would consider “proper cause” to include self-defense, in practice, this “proper cause” standard affords the government immense discretion over who receives a carry license.

As the plaintiffs have pointed out, the New York penal code does not further define “proper cause.” Moreover, the lower federal courts have sanctioned broad discretion by licensing officers and have offered rulings that encourage a narrow reading of “proper cause.” In one 2012 case, a court contended “A generalized desire to carry a concealed weapon to protect one’s person and property does not constitute ‘proper cause.’”

Sadly, the oft-lethargic lower federal courts have allowed New York’s licensing regime to persist even after the Court recognized that the Second Amendment protects an individual right to keep and bear arms in Heller and McDonald.

In order to justify all manner of outmoded gun controls, some of the lower federal courts have taken to applying a two-step tiered scrutiny approach to assessing whether a gun- control measure passes constitutional muster. Under such an approach, a court first determines whether or not the policy impacts the Second Amendment right and, if so, to what severity. Depending on the determined severity, the court then applies one of three levels of judicial scrutiny to weigh the measure’s impact on the right against the government’s public policy interest to determine if the law is valid. Given the subjective nature of each test component, a reasonable person could be forgiven for thinking this standard was designed for judges to indulge their political leanings.

This manner of judicial review is not found in Heller or McDonald. Rather, as Justice Brett Kavanaugh pointed out as a judge on the D.C. Circuit Court of Appeals, “Heller and McDonald leave little doubt that courts are to assess gun bans and regulations based on text, history and tradition, not by a balancing test such as strict or intermediate scrutiny.”

As a result of the strength and importance of the NYSRPA case, a host of amicus curiae briefs have been filed in support of the plaintiffs. The quality and breadth of these documents stand as a testament to the intellectual rigor and diversity within the Second Amendment rights community.

U.S. Rep. Claudia Tenney (R-N.Y.) led a charge to free the residents of her home state by offering an amicus brief signed by 176 House members. Opting not to mince words, the representatives note that “There is no serious argument that the preexisting right to keep and bear arms, as recognized and preserved by the Second and Fourteenth Amendments, does not extend beyond the home” and that New York’s discretionary licensing regime is “anathema to ordered liberty.”

In addition to calling on the Court to employ the proper text, history and tradition standard in reviewing New York’s law, the brief takes care to emphasize how the statute has been used to “limit the right to bear arms to the elite.” The document points out that the state’s licensing scheme was enacted in 1911 to curtail the Second Amendment rights of “immigrants and disfavored minorities.” The brief cites contemporary New York Times items that show the law was aimed at new Americans of southern and eastern European descent.

On the Senate side, Sen. Ted Cruz (R-Texas) led 24 of his colleagues in authoring a brief in support of NYSRPA. The Senate brief emphasizes the conscious effort, through the Second and Fourteenth Amendments, that the framers of the Constitution made to insulate the right to keep and bear arms from federal or state legislative tampering. The brief points out, “As a right, guaranteed to ‘the people,’ any person within its ambit may exercise the right without permission, justification or defense. And no legislature may transform the right into a mere privilege by reweighing or diminishing the policy considerations already resolved by the Framers.” Punctuating their argument, the senators note, “The Second Amendment’s guarantee of the right to keep and bear arms cannot be second-guessed by legislators across the country who simply disagree with the choice the Framers made.”

Acknowledging their responsibility to protect their residents’ fundamental rights, 26 state attorneys general submitted a brief supporting NYSRPA’s challenge. Attacking New York’s justification for its may-issue regime, the brief explains that such measures “undermine the very public-safety purposes that they purport to advance”—citing empirical research showing that license holders are more law-abiding than the general public and that access to a firearm improves crime victim outcomes without increasing violent crime. Therefore, the AGs argue, “New York’s subjective-issue regime for handgun carry permits burdens a fundamental right without advancing the government’s objectives of public safety and crime prevention and is therefore unconstitutional under any applicable level of scrutiny.”

The document goes on to explain in great detail how the may-issue regime frustrates the original intent of the Second Amendment. Moreover, the scheme violates the interpretation of the amendment in Heller, which made clear that Americans have the right to “carry weapons in case of confrontation.”

The NRA Civil Rights Defense Fund’s (CRDF) brief takes issue with a new line of attack anti-gun activists are attempting to use to relitigate the core rulings in Heller and McDonald. According to some gun-control supporters, examining the text of the Second Amendment with an arcane “corpus linguistics” methodology reveals that the amendment does not protect an individual right to keep and bear arms. In truth, this exercise in pseudoscience strives to add an academic veneer to the gun-control movement’s longtime goal of perverting the plain meaning of
the amendment.

CRDF’s brief confronts this fraudulent endeavor head-on by explaining the historical context in which the Bill of Rights was ratified. The document emphasizes that the individual right to keep and bear arms preexisted the Second Amendment and cites the founders’ clear statements on the topic.

Demonstrating a scope of opposition to New York’s law that spans the political spectrum, a coalition of defense attorney groups, including the Black Attorneys of Legal Aid, the Bronx Defenders and the Brooklyn Defender Services, submitted a brief in support of the plaintiffs. As with the U.S. Representatives’ brief, the document focuses on the fraught racial history behind the law’s enactment and enforcement. The defense attorneys note “For our clients, New York’s licensing regime renders the Second Amendment a legal fiction,” adding, “New York enacted its firearm licensing requirements to criminalize gun ownership by racial and ethnic minorities. That remains the effect of its enforcement by police and prosecutors today.” The defense attorneys press their argument with several real-world examples of their clients confronting New York’s gun- control regime.

I encourage all NRA members to read the amicus briefs supporting NYSRPA at supremecourt.gov (Docket No. 20-843). The volume and quality of these briefs, and the political environment that makes a challenge to New York’s law tenable, is due in no small part to the decades-long support and participation of normal gun owners throughout the country. As we stand on the precipice of another potentially historic Second Amendment decision, NRA members should take pride in the fact that we made this moment possible.

Some Capital Gazette shooting victims say they weren’t the only targets, 1st Amendment was