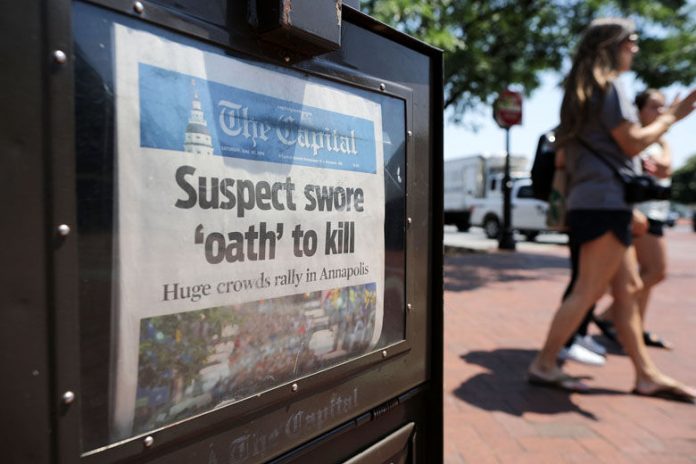 In literal terms, there’s no denying that the five people killed inside the Capital Gazette newsroom three years ago were targeted specifically for being employed by the newspaper.

But after having time to reflect, some of the victims who survived say they also think something bigger and broader was attacked too — the First Amendment — something they worry is under continued attack today.

She and photographer Paul Gillespie cited the low wages many community news outlets pay as well as the steep decline in jobs and publications that still exist as ongoing threats to the news industry as a whole, and the First Amendment in particular.

“Local news is so important to this country,” Gillespie said. “We’re in the hearts of these neighborhoods all across our country telling stories of our neighbors. Us closing down as much as we have, like all across the country losing journalists, photojournalists, it’s a great loss and once we’re gone it’s going to be sad because no one is going to be out there covering your kid’s football games or community issues, the city council meetings and all that stuff.”

San Felice said one reason she’s still in the journalism industry is to help honor the spirits of the five people who were killed, including her former editors and mentors Rob Hiaasen and Gerald Fischman.

“The First Amendment allows people to say things the Capital did and the problem is the defendant could not handle the truth and he wanted to twist it into something else,” she said.

“Journalism is an opportunity for truths to be told,” she said. “I can see why people think this is about journalism. It is about truth whether it’s someone speaking the truth to someone’s face, on television, in the newspaper, the truth was attacked that day.”