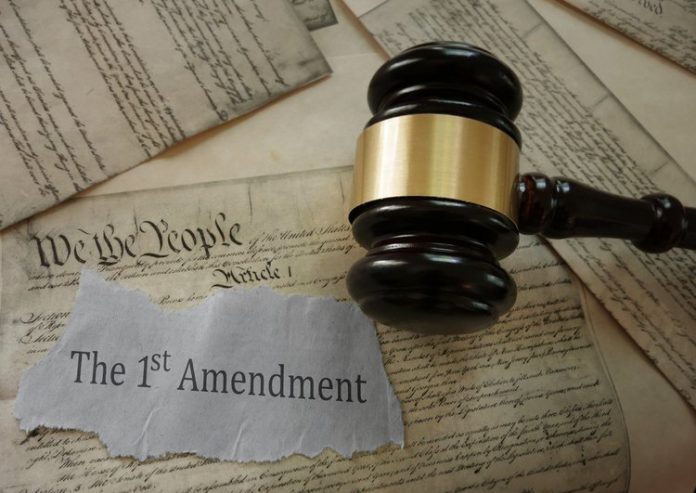 Infringing on the 1st Amendment? You tell us. What do you think?

The U.S. Supreme Court on Thursday agreed to decide the case of a Christian group claiming that the city of Boston violated the First Amendment when it refused a request to fly a Christian flag temporarily at the Boston City Hall.

The Supreme Court agreed to hear the appeal by Boston resident Hal Shurtleff and his Christian civic organization, Camp Constitution, after the 1st U.S. Circuit Court of Appeals at Boston ruled for the city in January.

The 1st Circuit ruled that the flagpole is not a public forum, the city’s raising of a third-party flag is government speech, and the city can select the views that it wants to express.

SCOTUSblog, Reuters, the Boston Herald and the Volokh Conspiracy are among the publications covering the cert grant.

The city of Boston encourages private groups to host flag-raising events on city hall flagpoles, according to the cert petition filed on behalf of the plaintiffs by the nonprofit religious group Liberty Counsel.

Over a dozen years, Boston allowed 284 private organizations to temporarily raise their flags with zero denials. The city has flown country flags, a Juneteenth flag recognizing the end of slavery, the LGBTQ rainbow pride flag and the transgender rights flag.

But when Camp Constitution applied to raise its flag, the city denied the request because the proposed flag was described as Christian, the cert petition says. The flag pictures a Latin cross, but nothing else designates it as a Christian flag.

Shurtleff and Camp Constitution asked the Supreme Court to decide whether the 1st Circuit ruling conflicts with precedent and whether it “unconstitutionally expands the government speech doctrine.”