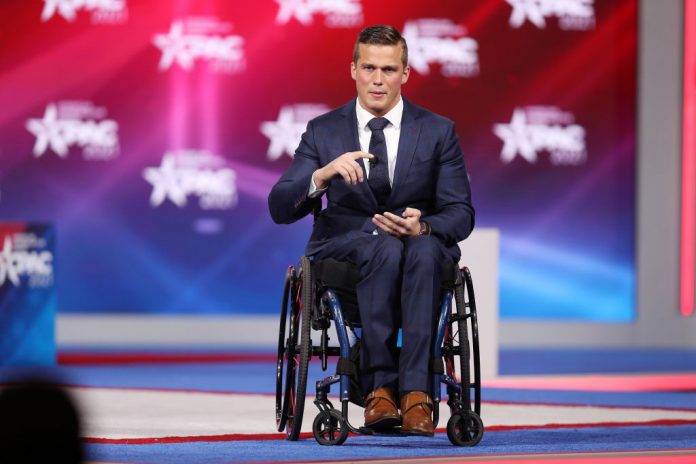 Several representatives in the Republican camp are under fire for their yes vote on the… of all things… the Defense Authorization Act. The bill that funds the US Military every year, that they must pass every year, and because it is a must pass pork gets added. One of the provisions was a red flag (confiscation of personal firearms) provision for military members. Cawthorn and others have stated that they do not believe that provision will make it into the final draft and that their yes votes will therefore not matter.

While we would love to see our representatives hardline every one of our prominent issues along the lines of constitutional values… the reality is that compromise is the way of the political machine, and pushing the bill forward was seen as more valuable than resisting that byline.

“I know for a fact it will not go into law,” Madison Cawthorn promises, speaking in an Instagram video about the bill he just voted for, that passed the House with significant Republican support. Speaking quickly, Cawthorne spent 3 minutes explaining why he voted for the legislation that’s got his own party (figuratively speaking) up in arms.

The new Defense Authorization Bill includes an amendment introduced by Senator Ted Cruz and others that would prevent military members who refuse to be vaccinated against COVID-19 from being dishonorably discharged over their refusal to obey a lawful order. It also includes a Red Flag provision that would allow a member of the military to be temporarily stripped of weapons under certain circumstances, American Military Newsreports.

The provision is quite limited, allowing this only for up to 30 calendar days on an emergency basis. Still, when Madison Cawthorn and other Republicans (135 of them) voted in favor, their supporters were very clear about their disappointment.

Why did you vote yes on red flag laws, Madison? I thought you were protecting the 2nd amendment and you know exactly where this leads. Australia is the blueprint. You have betrayed us.

Says the guy who voted in favor of Red Flag laws. Give me break. @CawthornforNC your actions just revealed that your words mean nothing! https://t.co/5CnO0LD19d

BREAKING: Red Flag Gun Confiscation passes the House of Representatives 316-113 with the support of 135 Republicans.

How did your Representative vote?

Perhaps the sudden spate of criticism concerned Cawthorn, because he released a three-minute video explaining why he had supported the bill, and assuring his voters that the red flag provision won’t be included in the final text of the bill.

“I wanted to make a really quick video concisely responding to these criticisms of people believing that I support red flag laws. One, that is completely false…but the reason I had to vote for it yesterday…this was not actually passing this into law…I promise you this red flag bulls**t is not going into law. The reason we had to vote for this is because so many of our active-duty military who are refusing to take the vaccine are being dishonorably discharged…

Despite Cawthorn’s claims that many military members are being dishonorably discharged for refusing to be vaccinated, there’s no clear evidence that this is happening. WUSA9 asked Military Law attorneys what the most likely outcomes would be, and while they affirm that court-martial and dishonorable discharge would be possibilities, they also say lighter consequences might be more likely.

In addition, The Hill reported earlier this month that at least 68% of all active-duty troops have been fully vaccinated, and 78% have received at least one dose of the vaccine against COVID-19 — suggesting that a majority of military members are willing to comply with this order.