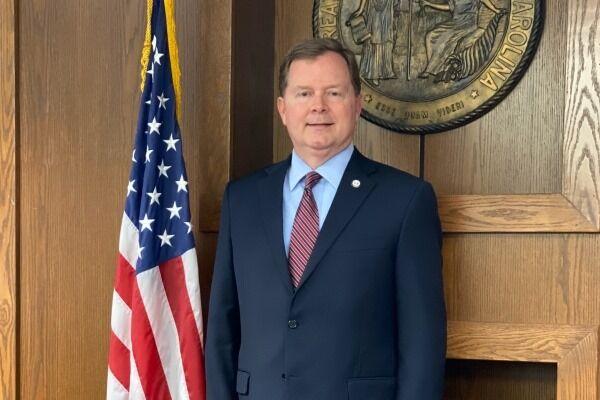 More party hopping as the Democrats go down stranger and stranger paths,

NEW BERN — District Attorney Scott Thomas has changed his political affiliation from the Democratic Party to the Republican Party.

In an interview, he expressed frustration with the direction of the state and national Democratic Party, which he said is closely linked to a variety of anti-police initiatives, notably “defund the police” efforts.

He said the close linkage of these initiatives with the Democratic Party made him uncomfortable because his job as district attorney required him to work closely with all law enforcement agencies, including local police departments.

Mr. Thomas noted that although the position of district attorney is an elected office requiring a political affiliation to run for the office, he does not see his job as partisan. Because of that feeling, he chose only to announce his decision to local law enforcement and judicial agencies and not make a major news announcement.

The story first appeared in his hometown newspaper, the New Bern Sun Journal, on Sept. 7. That paper received a copy of his letter to local law offices four days after he had notified the State Board of Elections of his party transition.

“This was a personal decision I made to align my party affiliation with my long-held conservative values and beliefs. My beliefs remain the same, but I have changed my party affiliation to be more consistent with those beliefs,” Mr. Thomas stated in his announcement letter.

Mr. Thomas served in the state House of Representatives in 1998 before replacing Democratic Sen. Beverly Perdue in 2000 after she became the first women elected as the state’s Lt. Governor.

In 2006, Democratic Gov. Mike Easley, appointed Mr. Thomas to replace the district’s retiring District Attorney David McFadyen Jr.  Since the 2006 appointment, Mr. Thomas has won reelection in four consecutive races. During that time, he has served as president of the N.C. Conference of District Attorneys and is a former chairman of the Governor’s Crime Commission.

Over the course of Mr. Thomas’ political career, the eastern region that he serves has turned decidedly conservative. But despite his Democratic credentials he has enjoyed consistent support from law enforcement agencies and the legal community in all of his reelection campaigns.

The three sheriffs in the prosecutorial district, Asa Buck in Carteret, Chip Hughes of Craven and Chris Davis of Pamlico, all Republicans, provided a letter of support for his past service and his decision to jump to the Republican Party.

“We express our sincere appreciation to District Attorney Scott Thomas for his close working relationship with law enforcement and his continued hard work protecting the citizens of our counties,” the letter states. “District Attorney Thomas has always brought a strong conservative ‘Tough On Crime’ approach to the prosecution of criminal offenders in this district.

Mr. Thomas said he will “continue to be a strong supporter of the Constitution, 2nd Amendment, the rule of law, our armed forces, our first responder and law enforcement.”

“I have always discharged by duties as a prosecutor without regard to partisan politics and my office will continue to aggressively protect the public in a manner consistent with the Constitution and the laws of our state,” he stated.

Mr. Thomas ran unopposed in the 2018 campaign is expected to seek reelection in 2022 when his current term expires.