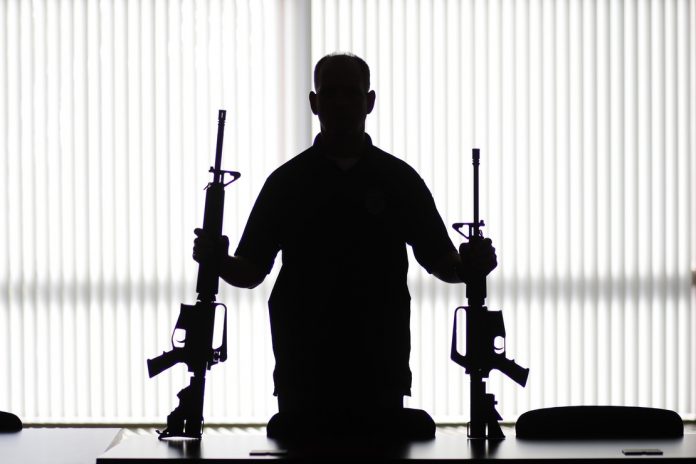 The gun sales boom is far from over. The summer slump that usually occurs has been far more muted by the pandemic, the administration, and the riotous events of 2020. We haven’t seen some of those repeat in 2021, but the fallout into violent crime certainly has been visible.
Pundits have even tried to link the violence it to concealed carry laws, a correlation/causation error that uses the tried and aged tactic of blaming the law abiding for the lawless.

The more Biden talks about gun restrictions, the more weapons we buy. By this point, you’d think Biden owns stock in firearms.

Gun sales in the United States continue to explode and beat pre-pandemic levels. August 2021 saw the 2nd highest gun sales for that month, beaten only by August 2020 when the nation watched Democrat leaders allow Antifa and BLM to burn their cities with near impunity.

The gun sales data comes from the FBI’s “National Instant Criminal Background Check System” (NICS), which shows that 2.7 million background checks were carried out in August 2021. NSSF arrived at the sales estimate by subtracting NICS checks and rechecks used by states when reviewing concealed carry permits. While background checks don’t correspond to firearms sales exactly, as someone could fail the check, or change their mind on buying a gun after passing, they’re a widely used proxy.

A University of California study from October, 2020 found that about 110,000 people in liberal California recently bought firearms and did so out of pandemic-related fears. Roughly 47,000 of them had never previously owned a gun. The study also found:

The exploding sales can’t be surprising. The Biden administration has been obnoxiously vocal in regards to tighter restrictions on guns, even going so far as to threaten the 2nd Amendment. They also have their sights set on what some people mistakenly call “assault rifles.”

According to Oliva, the surge in sales “sends a clear signal that Americans are choosing their 2nd Amendment rights over the Biden administration’s gun control.”

In other words, people are stocking up. Losing the 2nd amendment once seemed laughable, as did a potentially stolen election, commie teachers indoctrinating our kids, CRT being taught in the military, cities allowing thugs to riot, and a virus from China gutting our economy.

Finally, we are starting to see the shortage of bullets come to an end. I hate to brag, bu I actually found a few boxes of 9mm ball ammo in Michigan last weekend. I bought one. Better hurry…