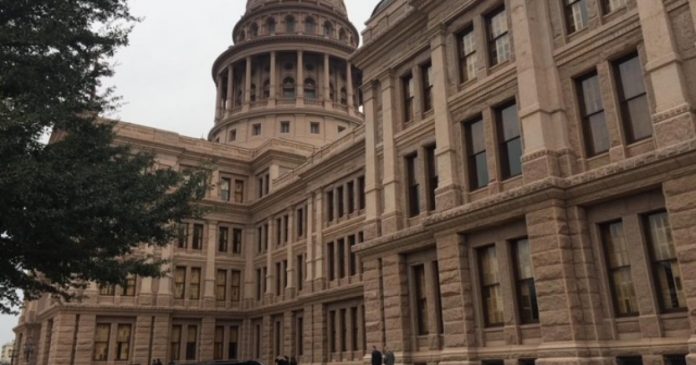 Texas recently opened a floodgate of new laws into their books. The two we have seen featured most prominently is their stance on carry rights going to Constitutional Carry and their new heartbeat abortion law. There are contentions around many of the new rules, but those have drawn by far the most attention in the state that looks to be becoming the nation’s most populous.

AUSTIN – Hundreds of new laws passed by the Texas Legislature and signed by the governor go into effect Sept. 1 and will affect all Texans in some way.  From improving the electric grid to restricting abortion to carrying guns to buying alcohol on Sundays; the legislature covered a lot of ground and supporters and critics are braced for change and challenges.

Texans over the age of 21 can now carry a firearm without first earning a permit as long as they don’t have a criminal history.  HB-1927 eliminated the requirement that Texans obtain a license to carry a handgun in public.

Law enforcement representatives were concerned the law would put them at greater risk while 2nd amendment supporters who favor the legislation said open carry would make Texas safer.

SB-3  will require weatherization of all generation, transmission, and natural gas facilities and pipelines within the State of Texas. Failure to comply could mean getting hit with a $1,000,000 penalty, per day.

It will strengthen the state’s prevention of and preparation for winter storm energy emergencies by establishing an emergency alert system so that Texans know when demand is exceeding supply. It also directs the Texas Department of Emergency Management to categorize winter storms similarly to how hurricanes are categorized.

SB-2 deals with the Electric Reliability Council of Texas, or ERCOT. It’s purpose is to reform the board, requiring the council’s chairmen and board of directors to live in Texas.

It also requires the chairman to be selected by the governor, who would then require Texas Senate confirmation. Further, all changes to ERCOT protocols would need to be presented to the Public Utility Commission of Texas before adoption.

SB-8 ban abortions after an ultrasound can detect what lawmakers defined as a fetal heartbeat.

That’s as early as six weeks into a pregnancy when many people don’t even know they’re pregnant.

Prior to this law taking effect, the amount of time people had to decide to undergo the procedure was set at 20 weeks into a pregnancy.

Abortions rights advocates have said the new state law is the most restrictive ban on abortion in the nation. It’s also expected to limit access to the procedure.

The law would go into effect 30 days after the case is overturned or if a constitutional amendment gives the states the authority to prohibit abortion.

One alcohol-related item has already been law since May.  Alcohol to Go allows beer, wine and mixed drinks to be included in pickup and food delivery orders.

It was first introduced in 2020 to help businesses when they closed their dining areas due to the pandemic.

Back in May, the legislature approved HB-18 which also allows hotels to sell alcohol to guests at any time of day.
And starting Sept. 1, Texans will be allowed to buy wine and beer in stores at 10 a.m. on Sunday, instead of waiting until noon, the requirement under the current law.

Starting on Sept. 1, the medicinal marijuana laws will expand to include people with PTSD and cancer of all stages, allowing them to use “low-THC cannabis.”

For cancer patients, THC helps to alleviate the side effects of chemotherapy.

According to figures from the Texas Department of State Health Services, the state’s cannabis program served fewer than 6,000 people as of May.

The new law will expand to include veterans with PTSD and an estimated 114,000 Texans who have cancer.

Effective immediately, vaccine passports are banned in Texas. Gov. Abbott signed a law back in June prohibiting any Texas business or government entity from requiring vaccine passports or any vaccine information.

Those who violate the ban will be barred from state contracts and risk losing their licenses or permits.