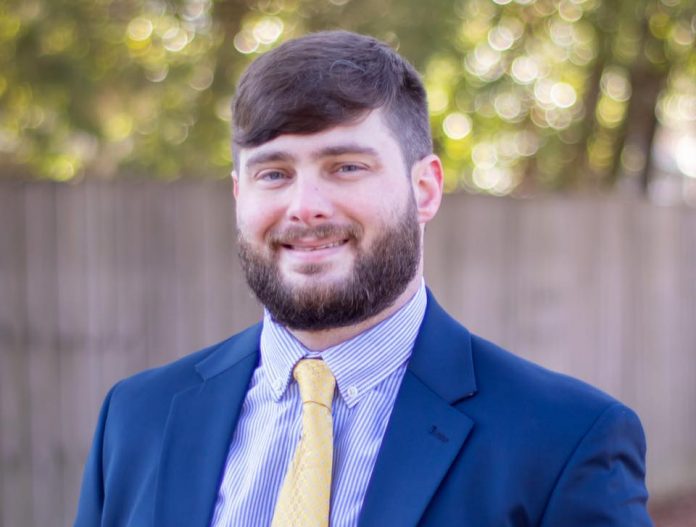 Libertarians remain the closest thing to a viable third party in the US electoral system, the system itself is however continues to reward the binary concept of parties. It may frustrate, but that is how the electoral system runs most efficiently for electing our congresses and executives. If Libertarians rise, it will be because Democrats or Republicans have fallen so out of favor that the party dies due to migration to a more popular and better regarded alternative. Right now we see that reality in reverse as Libertarians largely run on Republican tickets to garner more voter percentage.
In Mississippi a challenge is brewing.
Y’allPolitics has more,

Mississippi’s Fourth Congressional District race will be the most hotly contested in the state during the 2022 mid-terms. Incumbent Congressman Steven Palazzo (R) has already drawn three opponents in a Republican Primary, along with an Independent and a Libertarian.

That Libertarian candidate is Alden Johnson.

In July, Y’all Politics reported that Johnson has raised $10 and showed $102 cash of hand in his first Federal Election Commission campaign finance filing for June 2021. However, little was known about Johnson at the time.

Johnson now has a campaign website up and running and is kicking off his Congressional campaign in earnest.

The Libertarian is a firefighter in Petal who says he is “alarmed by Representative Steven Palazzo’s corruption, reckless spending, and lack of concern for the citizens he was elected to represent.”

According to his campaign website, Johnson believes in actual liberty and limited government, unlike District 4’s incumbent.

“As a libertarian,” the campaign states, “he stands apart from both Democrats and Republicans. His entry into politics is fueled by a desire to serve the great people of Mississippi with the integrity and common sense that so many politicians lack.”

Born in Jackson, Johnson moved to Arkansas at an early age before returning to Mississippi. He attended Jones Community College for two years and worked at Forrest General Hospital as an ambassador. He became a Firefighter Recruit in 2015 and was selected, beginning work for the Hattiesburg Fire Department before becoming a Nationally Registered EMT and moving to the Petal Fire Department. He currently serves as a Lieutenant.

Johnson has identified eight issues he plans to speak more about during the campaign, from healthcare to jury nullification to the 2nd Amendment.

He believes insurance companies unnecessarily drive up the cost of healthcare and prescriptions and says it is time the U.S. should stop trying to be the world’s police.

He believes if the “crime” has no victim, then there is no crime, giving marijuana as an example in “possessing a plant.”

Johnson also supports abolishing the ATF and says, “Felons who have paid their debt to society and pose no threat to the general public deserve the ability to protect their families via firearm ownership.”