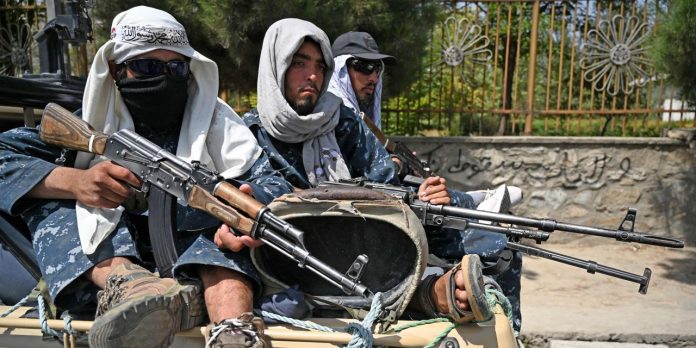 Regarding Anthony Gill’s op-ed “Economists Explain the Taliban” (Aug. 26): A few weeks ago (although it seems like years), President Biden mocked Second Amendment supporters who maintain that the right to bear arms is necessary to mitigate government overreach. Mr. Biden remarked that anyone resisting the government would need jets and nuclear weapons—otherwise, he implied, they were doomed to fail in the face of a hypothetical government onslaught. But history has taught us over and over again that a determined foe can outlast a technologically superior force through sheer human will, and often with terror. The Viet Cong, Mujahedeen and Taliban are only the more recent examples.

Mr. Gill’s article is a reminder that we often underestimate people we don’t understand, with immense consequences. It is easy to denigrate and lampoon the Taliban as a ragtag anachronism. But that anachronism just beat the world’s leading superpower.

This take on the situation is a rather clear and well grounded one. We take one perspective (or rather one of two base perspectives) here in the United States when it comes to the 2nd Amendment and then pretend that the might of the US Military is all encompassing.

There is no doubt the US Forces are mighty, the most technologically advanced and well invested military in the world with a well trained and experienced leadership (at the very least in the recallable veteran community) that have spent these two decades in the school and theater of warefare.

And those that have paid attention have heard the ‘you can’t take on the US military’ argument and snorted loudly knowing that you absolutely f*cking can. The US Military is equipped to fight and annihilate conventional military forces, as are most national militaries. Militaries fight other militaries.

But the US Military on US soil against an ‘insurgency’ of active motivated fighters from the home population who have local support?

Well… you get Afghanistan, a war where when we (The US) unleashed the full might of air power and then special operations and ground forces upon the Taliban and Al-Qaeda we won handily.

That is not the ‘war’ or policing action that would ever happen within the US. You would instead face, at best, an insurgency and, at worst, an outright reignition of civil war with two or more ‘uniformed’ American factions fighting.

The Taliban, a bunch out small arms armed mountain dwelling goat farmers, out lasted the abilities of the US Military to sustain anti-insurgency operations and trying to prop up a weak central government in Afghanistan that was never going to stand and survive on its own.

The US had much more success in Iraq, but Iraq had spent time as a nation. It had spent time unified and defended itself as a nation before us. The US policy in Iraq nearly destroyed that capacity for dumb reasons, but the nation was always better equipped to be a single state than Afghanistan was.

But back to the 2A, an armed force of nearly 100 million US civilians with a veteran presence for leadership and organization. Even granting that most would not participate and conflicts are much more likely to be localized and more riotous than an active civil war… the situation for the US military is still nightmare fuel. Even throwing aside all the constitutional issues, the moral issues of fighting some of the people you are sworn to protect and those who may even have served before or with you, and assuming total compliance of the uniformed forces (not going to happen, they don’t even all want to take the COVID-19 vaccine so to hell with operating on US soil in anti-insurgency operations domestically under questionable conditions), even given all those the tactical and logistic nightmare of going against the armed American population in even fractional amounts is a staggering proposition.

The US Military would be paralyzed by restrictive R.O.E’s in ways Iraq and Afghanistan never even approached. Add to that the very real desertions and refusals to act in such a manner and the opposition from passive resistance to open violence of the local population and infrastructure because of the ‘this is our house’ mentality.

There is a reason that National Guard soldiers are directed by local officials when they are needed in a crowd control or riotous event. They must, for success, be seen as part of the community restoring order and not intruders upon the community.

So yes, a tank and an F-15 and even a nuke could wipe out one small crazy group of whomever in the woods. But I would hate to see them try to take on any and I do mean any moderately or heavier populated area where the region is aligned against them. It would be a colossal failure and simply a matter of how bad the war crimes trials of the leadership are going to get before they lose.

And the reason is the 2nd Amendment.