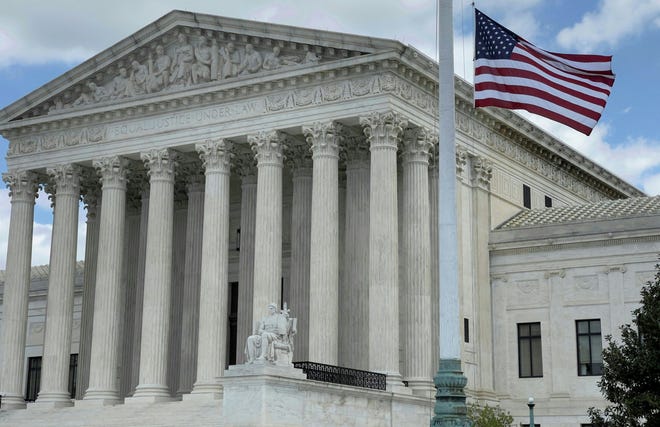 The USA Today as an excellent article covering the qualified immunity concept and how it has been abused. We most often hear of cases involving police officers but the concept is not limited to police, it is all government employees or affiliated as such…

The concept is that a ‘frivolous’ lawsuit cannot be brought against civil servants who were executing their duties in good faith. A good example is a police search that breaks down the door of an incorrect address. The officers may receive immunity if they had no way of knowing better, their warrant signed and intel all had the address consistently and so on but the information may have been bad.

The individual affected at the residence or location will unlikely be able to go after the department for any significant claims, if at all, despite it being the government’s error that caused damage because they government employees were acting in good faith. This could also be from any civil employee making a judgement, from a tax adjuster or zoner or a teacher.

‘Qualified immunity’ has been used as an excuse for the police to abuse civil rights. Does the doctrine protect college administrators?

Have you ever wondered why, despite strong First Amendment protections, students and professors still get punished for exercising their free speech on American campuses? The answer is the doctrine of qualified immunity, and it is time for courts to restrain that doctrine.

Qualified immunity was invented to protect public employees from being unfairly sued for doing their job in good faith. It was intended to be applied in situations where a government employee such as a police officer has to make a split-second decision and couldn’t be expected to know they were violating the law when they acted. In a sense, qualified immunity is the name we’ve chosen for the grace we grant public officials for unintentionally wrong decisions that otherwise would merit discipline, termination or damages paid to victims of violations of constitutional rights.

But campus administrators are not generally in situations like our hypothetical officer. Most are, in fact, in positions not unlike a judge, with ample time, staff expertise and opportunity to reflect on the constitutional implications of their decisions. And yet, qualified immunity is consistently invoked to protect those decisions, no matter how transparently unconstitutional.

Administrators rely on qualified immunity to avoid consequences when they engage in intentional, considered and collaborative efforts to violate civil liberties, such as when they punished a University of New Mexico medical school student for a pro-life Facebook post; investigated two University of South Carolina student groups for holding a pre-approved demonstration specifically about freedom of speech; and denied an Arkansas State University-Jonesboro student the right to table for her student group because administrators censored all speech outside a “free speech zone” covering 1% of the campus. Each year, hundreds of students and faculty members just like these come to my organization, the Foundation for Individual Rights in Education (FIRE), seeking help when their rights are in jeopardy.

Do these situations strike you as the right place to invoke a doctrine meant to protect quick decision-making by people who couldn’t have known better? These decisions did not have to be made quickly, let alone defended for months or years thereafter. And after more than half a century of Supreme Court and lower court decisions strongly in favor of student and professor free speech, anyone who doesn’t know better should be subject to the sanction, termination or the civil actions that qualified immunity prevents.

As Clarence Thomas recently reflected, “[W]hy should university officers, who have time to make calculated choices about enacting or enforcing unconstitutional policies, receive the same protection as a police officer who makes a split-second decision to use force in a dangerous setting?”

Such an opportunity exists in Novak v. City of Parma, a case before the U.S. Court of Appeals for the Sixth Circuit after the district court granted qualified immunity to police officers who arrested a critic for making a parody Facebook page. Novak was arrested for allegedly “disrupting” or “interfering” with police operations. He was acquitted and sued the department. The trial court granted qualified immunity to the officers who violated Novak’s rights.

As with our campus administrators, these decisions were not made quickly, and the rights that were violated were not arcane legal principles. If law enforcement officers don’t know that parody is constitutionally protected, they should be subjected to judgments until they learn that lesson or change vocations. FIRE filed an amicus curiae (“friend of the court”) brief with the Sixth Circuit to underscore that point, and to highlight its application in campus settings.

Over the years, a number of administrators have experienced the educational value of liability. The president of Georgia’s Valdosta State University was held liable for targeting a student for expulsion because the student mocked the president’s parking garage project on social media; the chancellor of the University of Minnesota-Duluth was denied qualified immunity after he removed two photos of history professors posing with historical weapons because of “anonymous complaints”; and most recently, administrators at the University of Iowa were denied qualified immunity in their individual capacity after limiting a Christian group’s ability to choose its own leadership.

Civil rights should apply to everyone

But a civil right is supposed to be an inalienable human entitlement to a category of freedom, not a conditional liberty that may or may not be protected depending on which court you happen to ask on a given day.

Consider both Novak and the pro-life medical student in New Mexico, both of whom engaged in speech on Facebook that antagonized government employees. The First Amendment protects speech about the government. If an adult at home doesn’t clearly have the established right to be angry on social media under the First Amendment, what does “clearly established” mean?

An administrator at a public college who punishes a student for their protected expression should no more benefit from qualified immunity than a police officer who steals from a suspect while executing a search warrant (sadly, a real case involving Fresno police and $225,000 in cash and coins).

Campus administrators, consider yourselves on notice: If you violate the First Amendment on campus, you could and should be held personally accountable.