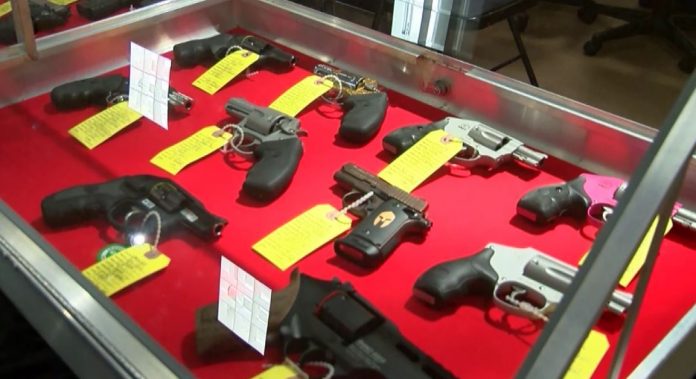 RALEIGH, N.C. (WNCN) – Wake County’s sheriff agreed to a settlement of more than $26,000 in a lawsuit over the speed at which his department processed pistol permits early in the COVID-19 pandemic.

In March 2020, Wake County Sheriff Gerald Baker announced a temporary suspension of pistol permits. He cited the “high volumes of permit applications that [had] made it impossible to process by law.”

In a statement to CBS 17 on Friday, Baker said the process was paused “to determine how to proceed safely.”

Multiple lawsuits were filed over the following months. Grass Roots North Carolina, a gun-rights group, made claims that Baker’s office was taking over two months to process applications – well past the 14 days that applications are supposed to be approved or denied within. The statement said a decision was made to settle, rather than deal with the expenses of legal action.

Baker agreed to pay $1,300 to the plaintiffs and $25,000 in attorney fees. The court also ordered Baker to continue accepting permit applications according to law.

Baker contended that he did not and does not want to prevent anyone from lawfully exercising their 2nd Amendment rights.

“Most importantly, the court did not find that Sheriff Baker violated any constitutional or statutory rights,” the statement said.

The $26,300 settlement will be paid out of an insurance policy held by the sheriff’s office through the county, according to department spokesperson Eric Curry.