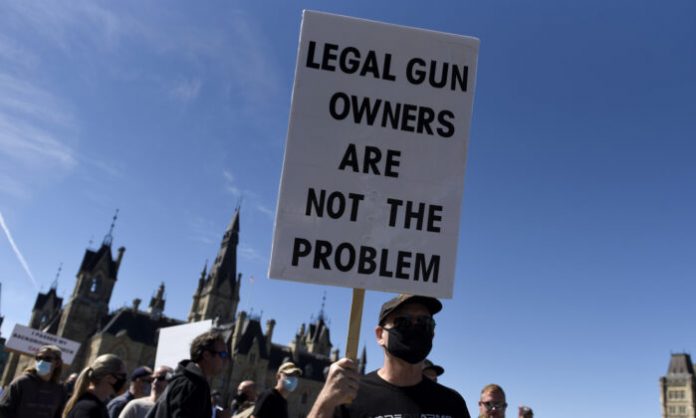 Experts have squandered their credibility in recent public failures. The repeated misjudgments by public health experts over the past year have demonstrated that they didn’t know how to deal with the pandemic.

Claiming their decisions were “backed by science,” public health experts recommended a bewildering maze of contradictory rules about masks, and closures of schools and small businesses that may have reassured a frightened public but created more problems than they solved.

Out of the public eye, Canadian public health experts are behind another policy failure: a mandatory confiscation of lawfully owned and used firearms. The Canadian government relies upon public health experts to justify irrational gun laws that waste billions of dollars yet fail to protect public safety. In both cases, radical decisions are defended by claims that they’re “backed by science.” Such pseudo-scientific claims are intended to squelch disagreement. Anyone who rejects the experts’ claims are vilified as ignorant, a “science denier,” or being part of a tin-foil hat conspiracy.

Pandemic rules were numerous and confusing, even as they were authoritarian. Some people were required to wear masks, while others in near identical situations were allowed to go unmasked. Nationwide lockdowns were justified during the pandemic by public health experts, but, evidence for their effectiveness was scanty. Their statistical models relied upon to predict cases or deaths were wildly wrong. Due to the ill-advised shutdowns, the economy was devastated, costing many people their livelihoods, and a wide range of other serious medical issues were ignored. We will be digging out from under the economic and social consequences for years, perhaps decades. Experts claimed the science was settled, but it wasn’t.

Experts are not gods to conjure with. Even the best, most objective and knowledgeable experts may be wrong. This should be particularly obvious when experts expound outside their supposed area of expertise. Why trust a medical doctor when he or she pontificates about gun control? Why trust a public health expert on the economic impact of a lockdown? Even in their field of expertise, experts shouldn’t be considered infallible. Unsurprisingly, experts disagree with each other all the time. Scientific knowledge is not dogmatic truth; science is a continual battle of ideas. Scientific debate rages over the cause of climate change as well as the true source of the Wuhan flu. Was it a lab-leak or a wet market? Experts may even make fundamental mistakes.

Public health experts play a privileged role in debates over firearms legislation. Why not other experts? Newspapers, such as the New York Times or Globe & Mail, cite experts to support restrictive firearms policies, such as banning “military assault-style weapons.” What readers are not told is that editors hand-pick which experts to cite. Researchers who disagree are ignored or minimized.

The differences matter. Given the importance of public policy on firearms ownership, a wide variety of researchers study gun control laws, including criminologists, economists, and public health academics. Unsurprisingly, given the differences in their disciplines and their research methodologies, their attitudes toward firearms diverge dramatically.

Arthur Berg, John Lott, and I conducted a large comparative survey (pdf) of researchers in criminology, economics, and public health who had conducted empirical research on firearms legislation. We asked our three samples of experts to evaluate the effectiveness of 33 gun-related policies in reducing both murder and mass-public shootings, including 20 policies evaluated in the 2017 New York Times survey.

Public-health researchers tended to believe policies that restricted civilian access to firearms (e.g., banning assault weapons and “buying back” firearms) would be effective at reducing murder rates, while both criminologists and economists were more likely to skeptical about these policies.

We also asked about eight policies that would relax or eliminate governmental restrictions on firearms usage, such as expansion of personal carry. In contrast with public health academics, criminologists and economists both rated highly policies such as allowing K-12 teachers to carry concealed handguns and encouraging the elimination of gun-free zones. These were judged the least effective by public health experts. The explanation for these differences is that methodologically solid research tends to undercut the effectiveness of restrictive firearms policies that are favored by public safety activists.

Samples of researchers were chosen who had published at least one English-language empirical study on firearms or firearms and violence in a peer-reviewed academic journal. Our survey obtained responses from 120 experts. Among our respondents were 50 public health researchers, 38 criminologists, and 32 economists. The sample included a small number of non-Americans, whose responses didn’t differ importantly from the American sample.

All participants were told that they were selected because of their expertise in firearms research and they were asked not to participate if they didn’t consider themselves to be experts in this area.

— Gary Mauser, PhD is professor emeritus in the Institute for Canadian Urban Research Studies and the Beedie School of Business, Simon Fraser University, British Columbia. He specializes in criminology and economics, has published extensively on firearms legislation, firearms and violence, and has provided expert testimony on criminal justice issues to the Canadian government.