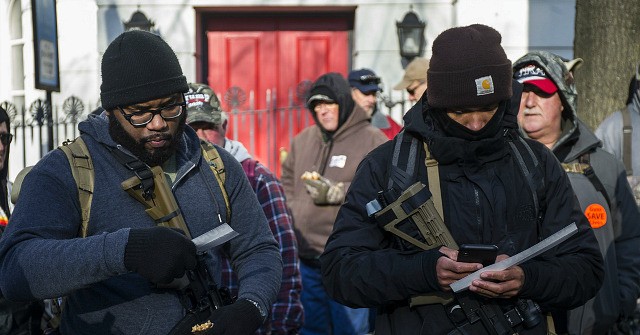 I’ll let Breitbart and AWR Hawkins take it from here,

The Nation is running a column this week which laments that black and white Americans have united in common cause against gun control.

The column, written by the outlet’s justice correspondent, Elie Mystal, points out that a group of urban, black criminal defense attorneys have joined a fight against New York gun control that was heretofore led by “mostly upstate and rural” New Yorkers.

The black criminal defense attorneys are from “the Bronx Defenders, the Brooklyn Defender Services, and the Black Attorneys of Legal Aid.”

In a decent world, upstate white people and downstate Black people would agree about, I don’t know, the fundamental equality of all peoples, or the dignity of labor, or WAP, or literally anything else. The fact that these two interest groups have found common cause in obliterating state gun regulations is just a depressing example of why we can’t have nice things.

He goes on to note that he finds it “even more depressing” that the black attorney’s arguments against gun control are sound. He notes they “argue that New York’s gun licensing requirements unconstitutionally deprive poor people of their rights to bear arms and give law enforcement an excuse to harass and incarcerate otherwise law-abiding Black and brown citizens, severely penalizing them for the kind of minor misconduct white people routinely get away with.”

On July 18, 2021, Breitbart News observed Latino Rifle Association founder P.B. Gomez’s warning that new gun controls in San Jose,  California, could hurt minorities. Gomez specifically focused on San Jose’s new liability insurance requirement for gun owners, suggesting that police’s approach to the insurance enforcement will impact the poor and people of color the most, as they are prone to police contact.

AWR Hawkins is an award-winning Second Amendment columnist for Breitbart News and the writer/curator of Down Range with AWR Hawkins, a weekly newsletter focused on all things Second Amendment, also for Breitbart News. He is the political analyst for Armed American Radio. Follow him on Instagram: @awr_hawkins. Reach him at awrhawkins@breitbart.com. You can sign up to get Down Range at breitbart.com/downrange.

‘The Nation’ is lamenting that our nation, built on citizens having the right to self-determination who fought for that with force of arms, dismantling the states’ apparatus of disproportionately prosecuting minorities for firearm violations while the firearm industry is in the process of increasingly welcoming women and minorities with open arms. The data supports that no rule yet crafted stops the people who are actually criminal problems.

It seems very backwards when we put it like that, does it not? Carving away valueless ‘gun violence prevention’ efforts that disproportionately negatively affect minorities while empowering lawful gun owners and streamlining their access to the fundamental right to bear arms.