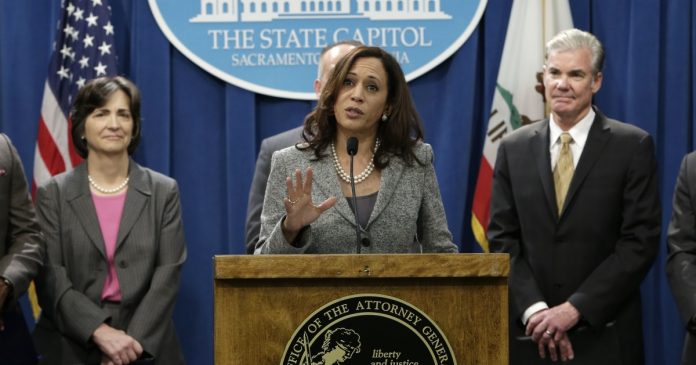 As many of you may know our current Vice President was once the Attorney General for the State of California. During that time she pursued several items that have since comeback to haunt her. Her record on marijuana convictions is high on the list as the United States is looking towards full federal legalization. But in this case, her dogged pursuit of the Koch brothers came home to an unpleasant landing as the Supreme Court ruled in favor of donor’s rights.

Vice President Harris had her political past upended this month when the Supreme Court decided a case that originated when she was attorney general of California. That case involved donations and anonymity within California.

The court‘s six Republican-appointed justices ruled against the state in favor of a group founded by conservative donors Charles and David Koch called the Americans for Prosperity Foundation. The foundation, along with another conservative group called the Thomas More Law Center, sued the attorney general for enforcing a state law requiring them to disclose to the office the names of their biggest donors, an obligation for nonprofit groups that was intended to thwart fraud.

Intended to, but inquiries into whether or not the state had used the data for that purpose in any meaningful way showed that it hadn’t. Instead, California had a database of all donors, tying those donors publically to causes they support that those donors should have full discretion on whether or not that information is public. That information could be vulnerable to FOIA requests, leaks, disgruntled employees, or hacks that release all the donor PII. All of which violate a donors discretion on whether or not to be known as a donor to the public.

The ruling has an immediate effect on charitable donors who want to keep their identities hidden from state authorities, though the IRS still requires disclosure. Some campaign ethics watchdogs believe the high court’s decision could eventually upend rules that require big donors to disclose their political giving to the public.

The simple collection of donor information does not have a public function in California, the donor info isn’t actively being used like it is with the IRS for an adjustment. Holding the info isn’t using that information to actively prevent fraud. The potential for abuse was seen to outweigh any possible theoretical gain to the state. The possibility of a crime, the per-crime collection and monitoring, is unwarranted without some evidence fraud is taking place. In that case, an organization might be legally compelled to disclose, but without such evidence the collection only served to discourage charitable giving by those who want to maintain control over their personally identifiable information in giving. The disclosure of that information, accidentally or otherwise, opens donors to all kinds of solicitation and harassment.

And so, a Harris era rule has fallen and donors in California are once again safer in their own private decisions and donations.