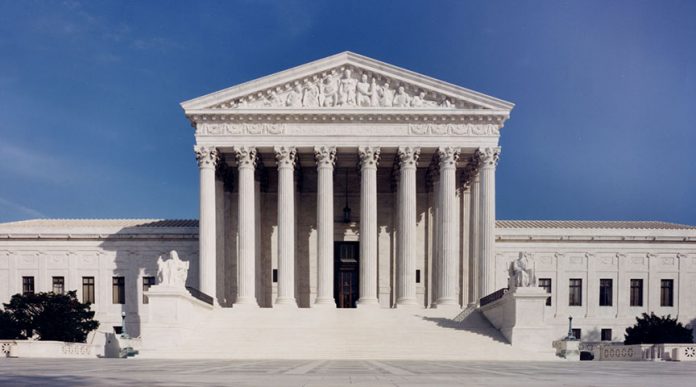 While Colorado’s Governor has tried to gut the Second Amendment by stopping preemption in the state, an upcoming case against the state of New York may settle the whole debate for the nation.
Does the “bear” in keep and bear arms mean carry upon one’s person in public spaces, venues, and in general society?

DENVER — A case currently before the United States Supreme Court (SCOTUS) could thwart part of an anti-gun rights bill that was recently passed by the Colorado legislature and signed into law by Gov. Jared Polis.

The bill in question, Senate Bill 21-256, unwinds decades of state preemption on firearms law by allowing local government entities, including special taxing districts, to pass more restrictive gun measures than those currently in place under state law, including a ban on concealed carry by lawfully permitted citizens.

Such briefs may be filed by those who are not actually parties to the case, to add information from those who might assist the court with expertise or insight that has a bearing on the case.

The case tests whether officials have the right to restrict where the conceal carry permits issued to two New York residents would be valid. According to Reuters, a state firearms licensing officer granted two gun owners (Robert Nash and Brandon Koch) concealed carry permits but restricted the validity to hunting and target practice. Nash and Koch, along with the New York State Rifle and Pistol Association, sued.

A lower court rejected the petitioner’s claim that the restrictions violated the U.S. Constitution’s 2nd Amendment right to keep and bear arms and the Supreme Court agreed to take up the appeal.

“The Second Amendment places the right to bear arms on equal footing with the right to keep arms,” Kopel writes in the introduction to the brief.  “As dictionaries from the founding era attest, to “bear arms” includes public carriage for lawful purposes. Americans were the first Englishmen to have a written guarantee of arms rights. From the earliest colonial days, they carried arms to church, court, public assemblies, travel, work in the field, and most everywhere else they pleased—starting in childhood.”

New York state law requires residents who want a concealed carry permit to show “proper cause,” the Reuters article says. “Under it, residents may obtain licenses restricted to hunting and target practice, or if they hold jobs such as a bank messenger or correctional officer. To carry a concealed handgun without restriction, applicants must convince a firearms licensing officer that they have an actual, rather than speculative, need for self-defense.”

Kopel pointed to previous cases before SCOTUS, English law, contemporary dictionaries and other sources that found the right to “keep” and “bear” arms were on equal footing.