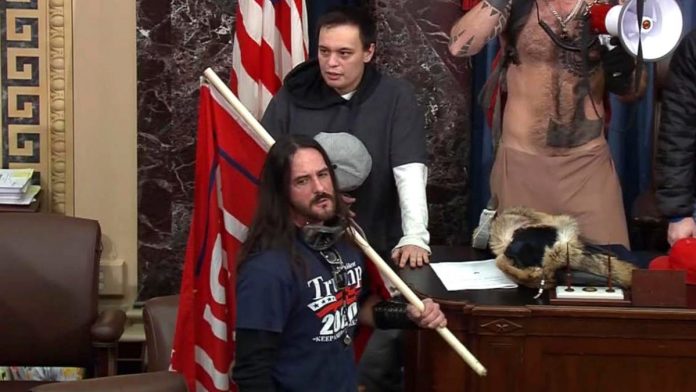 The first convicted individual in the January 6th D.C. protests that descended into an incursion into the capitol building has received his sentence. Paul Hodgkins received an eight month sentence for his guilty plea, his criminal involvement in the capitol causing damage and contributing to injuries to a degree.

A Florida man became the first Capitol rioter to receive a prison sentence after a D.C. judge ordered he serve eight months in prison on Monday—a punishment that could become the blueprint for what 100 or more defendants could face.

Moss told the court he thought eight months was sufficient due to Hodgkins’ lack of a criminal record and said he found the man’s statement to the court before sentencing “sincere.”

Before the sentence came down, Hodgkins—who pled guilty on July 2 to entering the Capitol to obstruct Congress—told the court he has “regret” for his actions on January 6 and that it was a “foolish decision” to take part in the riot.

Hodgkins said he doesn’t “blame any politician” for his actions—rebuffing a line of defense some have taken to shift responsibility onto former President Donald Trump for the riot.

Hodgkins told the court he loved Trump, but that he acknowledges Biden is the president of the United States.

“I acknowledge that Joseph R. Biden Jr. is president of the United States,” Hodgkins said.

Prosecutors pushed for Hodgkins to serve 18 months in prison, as federal advisory guidelines state he should face a sentence of 15-21 months for pleading guilty to obstruction of an official proceeding. In court on Monday, prosecutors said Hodgkins was “part of an act of domestic terror” who caused a “meaningful impact on democracy.”

This is likely to prove a useful divining rod for the majority of charged protest and riot participants from January 6, which follows the national trend from other riots of charging most arrested participants fairly mildly unless there is overwhelming evidence they led, organized, or otherwise were crucial to the effort that caused the criminal damages, injuries, or disruption.

As is common with mob effects, when events start tipping most participants go with the momentum of the movement which can result in far more damage than any one individual would consciously choose to make. That acknowledgement and the volume of cases needing to be moved, along with the regular workload, leads to the efficiency of moving the case load taking a high priority where a singular criminal could see sentencing as a priority to send a message of expected results for certain behaviors.