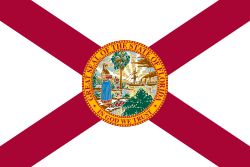 As you’ll recall, Florida’s social media bill was declared unconstitutional by a federal judge a couple weeks ago. The state has already moved to appeal that decision, so we’ll have to see how the judges on the 11th Circuit feel about all of this. However, apparently the case in the lower court is still moving forward in some way (I had assumed that after the preliminary injunction and appeal that the case would be stayed until the appeal was decided, but apparently not? Understanding civil procedure is an impossibility).

Earlier today Florida filed its response to the lawsuit, which is… not much. It’s basically this sentence over and over again:

This paragraph contains legal conclusions that do not require a
response. Defendants deny any remaining allegations in this paragraph.

I count 142 such statements (roughly). When you get down to the defenses, they toss out a bunch, but the one that caught my attention is their sixth defense:

The issue here is that while the law has been put on hold for violating the 1st Amendment, one of the other arguments is that even if it were constitutional (which it is not), it would be pre-empted by Section 230. We’ve discussed this in the past. Section 230 makes it clear that states cannot contravene federal law regarding moderation and if they do they’re pre-empted. So, to counter that, Florida is now doing a “it’s not our law that’s unconstitutional, it’s actually Section 230 that’s unconstitutional!”

I guess we can add this to Donald Trump’s recent Florida lawsuit that is also challenging the constitutionality of Section 230.

I doubt this particular challenge to Section 230 will end up getting very far, but it does seem notable as a case involving a state government arguing that Section 230 is, itself, unconstitutional under the 1st Amendment, 10th Amendment, and federalism. Of course, as the social media bill itself has shown, Florida does not exactly have a good track record for understanding what is, and what is not, a violation of the 1st Amendment. But, of course, when you have clueless Supreme Court Justices asking for cases challenging the constitutionality of Section 230, eventually we were going to get to this point.