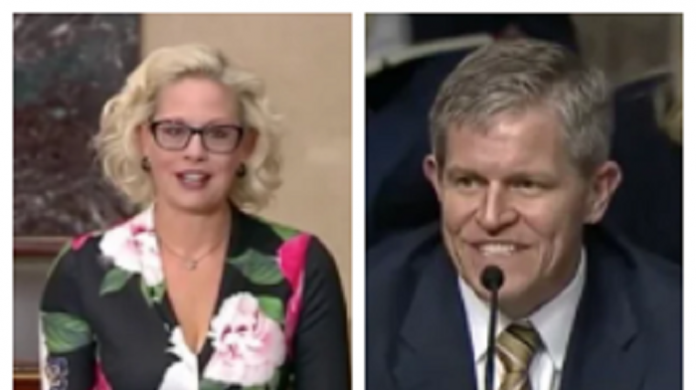 The Hill is reporting that Democrats would likely need all 50 members of their caucus to vote in favor of Chipman in order to overcome the lack of support from Republicans.

But, they say, four of those senators – Joe Manchin (D-WV), Jon Tester (D-MT), Kyrsten Sinema (D-AZ), and Independent Angus King (ME) – have not committed to Chipman’s confirmation as of yet.

Chipman has made radical comments about the Second Amendment.

A handful of moderate Senate Democrats remain undecided on the nomination of David Chipman, who now works with a top gun control grouphttps://t.co/LZZpCHTfSV

Chipman is highly divisive figure for ATF head, he has expressed outright disdain for gun owners and made clear that the nearly 100,000,000 Americans who own firearms are all immediately criminal suspects in his mind. Despite the Democratic stance being far less friendly to the 2nd Amendment than the Republican one, this open hostility toward the 2nd Amendment (and thus 100,000,000 voters) is seen as problematic by many centrist leaning Democrats or those from traditionally red states.

If even 1 Democratic Senator decides Chipman is not the right fit, he is gone with a 49-51 loss. Right where he belongs.