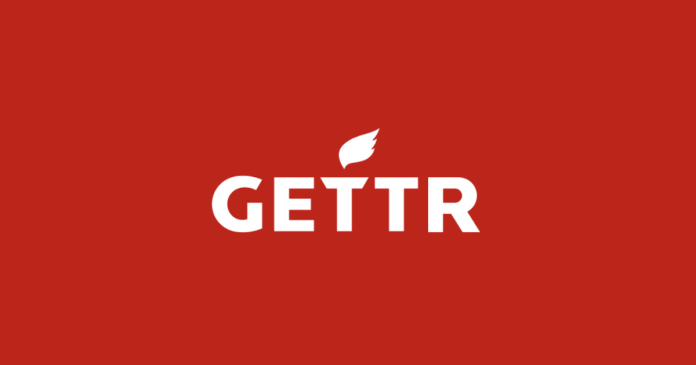 GETTR is this season’s new hotness in social media… or so goes the advertisement of the ‘1st Amendment loving’ social application. What they are finding, like others before them, is that there is a dramatic difference between holding a respectful view of the 1st Amendment and being a platform to host those discussions and dialogues without a bias and a free-for-all zone where the torpid monstrosities that lay in the dark crevices of the internet actually move to fill the new void with content as vile as possible for no better reason than they can.

Moderation is a necessity in forum spaces, and social media is a forum space. Unlike CNN, ABC, or even this humble space where we have absolute control over the content generated, social media is a free fire zone and people will rise to the challenge of putting whatever they want to into the fire.

Every new platform, every new forum, the trolls of the internet will inevitably form up to assault the new space in whatever manner moderately amuses them for however long they find it amusing. Shocking content of a violent or pornographic nature is the usual fuel they use in such forum spaces because the ‘shock jock’ garners attention.

You may recall that last summer, we mocked how Parler was speed running the content moderation learning curve. It seems that every year a new social media service pops up, insisting that it believes in “free speech” and won’t “censor” anything. And then… reality hits. And it realizes that if you do no moderation at all, your website is a total and complete garbage dump full of spam, porn, harassment, abuse and trolling. And just as Parler learned it needed to do some moderation (and its then CEO even bragged about kicking off “leftist trolls”), every new platform learns the same damn thing eventually. Though, amusingly, it seems to happen faster and faster each time.

We already wrote about GETTR, the “new Parler” for Trump fans, which also claims to be “free speech” supporting, even as it’s funded by a “mysterious Chinese billionaire” who is known for suing news organizations for reporting he disagrees with (which doesn’t seem very free speechy). Indeed, his lawsuits were so clearly SLAPP suits that in the dismissal of the case against CNN (one of many of the lawsuits), the judge noted:

“Here, plaintiff fails to even allege that the defendants’ statements… are an inaccurate depiction of the counterclaim…”

Again, not exactly the kind of “1st Amendment” supporting person I’d put behind my free speech site, but what do I know?

And thus, Jason Miller discovered that it’s all nice and good to say anything goes on your “free speech” supporting website, until reality shows up. Reality has a nice way of destroying the myth that no moderation is a reasonable stance.

Even more fun, Tim Miller (I am pretty sure no relation to Jason) from The Bulwark, stepped in to explore the world that is GETTR and it’s an amazing read. It kicks off with a clear explanation of why every site needs to do some level of housecleaning, lest it end up being filled with junk (including pictures of men’s junk). Miller set up an account named @PayChildSupport. And he discovered that GETTR has a content moderation problem.

“For starters, Gettr’s verification system is a mess because the platform hasn’t figured out how to resolve the tension between freedom of speech and the freedom to spoof. Which is to say, if you’re a Newsmax anchor, you can get a special red Verrit V, meaning that you are who you say you are. Other accounts are stuck with a black V that I could not determine the significance of. Still other accounts display a homemade checkmark.”

GETTR is getting that raw content dump. They will be for awhile, until it doesn’t amuse people to try any longer. While GETTR may end up finding a better balance with the 1st Amendment than current social media giants, that is something we will have to await and see how they find their feet… if they survive. Facebook, for all of its flaws, has navigated this monstrous challenge so far but with no promise of success forever. As their efforts get tighter and tighter and various users become fed up enough to abandon social media for less irritating pastimes Facebook risks what all consumer driven businesses risk, a tired client base.