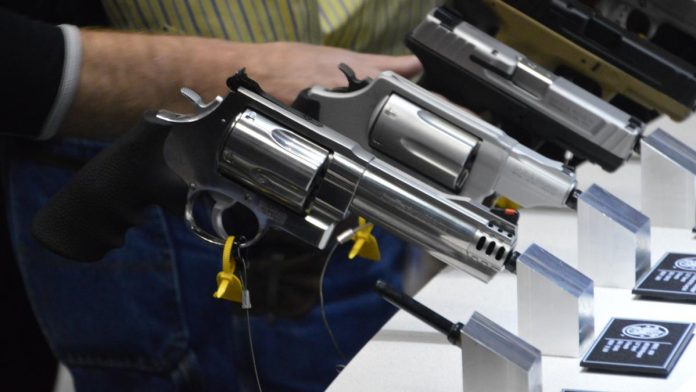 If you’ve purchased a handgun since 1968 you’ve known that the age to buy from a federal dealer is 21. That was in the 1968 Gun Control Act and has been one of the few federal deviations from the age of 18 for rights in the nation. 18 year olds can own a handgun, it is perfectly legal. But they were required to buy it on the secondary market. This ridiculous division of legal to own but not legal to purchase from the safest place to purchase, a licensed dealer, stood for many years.

The constitutional right to bear arms enshrined in the Second Amendment should apply to those between the ages of 18–20, declared the U.S. Court of Appeals for the 4th Circuit in Hirschfeld v. Bureau of Alcohol Tobacco, Firearms and Explosives.

Tanner Hirschfeld and Natalia Marshall challenged the constitutionality of federal laws that ban federally licensed firearm dealers from selling handguns and handgun ammunition to 18–20 year olds. This is the second major ruling against the 1968 Gun Control Act.

Hirschfeld is now over 21 but Marshall is not, that is how long these court cases can take with the appeals process. Marshall felt she had convincing reasons to be able to legally buy a gun from a licensed dealer, including an active protective order against an abusive ex who had himself been arrested for unlawful possession of a gun. Her job as a horse trainer also has her often in faraway rural areas dealing with strangers. She wants, and thinks she should be able to easily and legally purchase from a licensed dealer, a handgun for her protection.

This is consistent with a logical application of the legal rights, as possession and purchase of a handgun by an 18-20 year old is perfectly legal. What wasn’t legal, for no explicable reason than the raw assumption that 18-20 year olds are too high risk to purchase a pistol but only from federal dealers, was the safest possible transaction to get a handgun.

The three-judge panel of the 4th Circuit, in a 2-1 decision written by Judge Julius N. Richardson, saw no particular reason why that age group of adults should lack the same Second Amendment rights possessed by those aged 21 and over. “Our nation’s most cherished constitutional rights vest no later than 18,” the ruling said. “And the Second Amendment’s right to keep and bear arms is no different.” Individuals over the age of 18 “enjoy almost every other constitutional right, and they were required at the time of the Founding to serve in the militia and furnish their own weapons.”

18-20 year olds do not face fewer threats than 21 and up adults, as pointed out they are of military age and could be required to furnish their own arms in a militia or posse call up. The reason behind the prohibition of 18-20 federally was that the government at the time could only influence federal dealers rules without violating the 2nd Amendment too grievously. To blanketly prohibit, which is what they would have preferred, would not have stood up like a federal dealer prohibition. They could ‘hide’ that as rule of commerce rather than a 2A violation.

Thankfully that appears to have come to an end, even before it hit SCOTUS. This is a significant positive move.