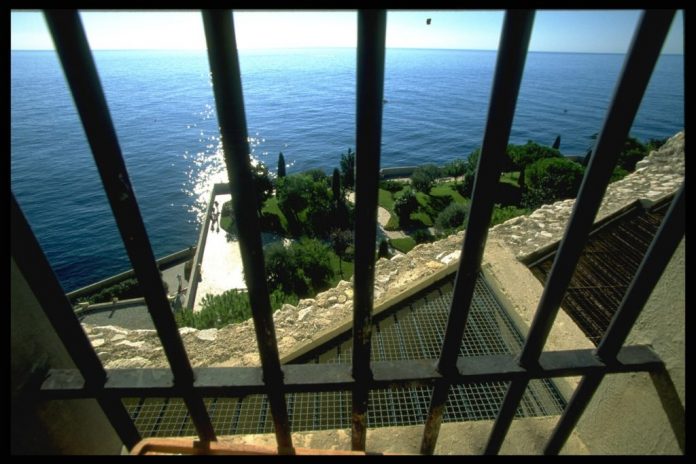 Reaching as high as he can, the prisoner grabs the bars on his dungeon’s window. He pulls himself up, looks out, and sees a broad vista of hills, lakes, forests, fields and villages. But he can only hold this position for a moment, and then slides back into the dim light and dank walls of his confinement.

This describes the authors of “Mental Illness, Mass Shootings, and the Future of Psychiatric Research into American Gun Violence” who at several points take a wide view of the problem of violence, but for the most part myopically focus on “gun violence.” And of course, they fall into the usual logic trap of seeing guns as things having agency, rather than being tools of those who commit antisocial acts or who wish to end their lives.

The paper tells us there’s an epidemic of guns running amok, which is an odd perspective given that the number of homicides in the U.S. has been declining for decades, and our population rate puts the U.S. murder rate below average rather than above other countries.

The authors present at face value results of a study that purports to show that for 71% of adult Americans, mass shootings are “a significant source of stress in their lives.” Every workday I hear from patients about the stresses in their lives involving lack of money, unhappy relationships, their own or family members’ poor health, children’s behavior, friction at work–the list goes on and on–but I’ve never had anyone mention fear of mass shootings as a significant source of anxiety.

To their credit, the authors do note that “mass shootings are still rare events.” At their best, they suggest drawing from a number of different fields to improve understanding as to why violence arises and what might be good approaches to reducing it. In particular, they refer to interpersonal interventions that can be effective in this regard. For example, non-profit community agencies can contribute.  In this context, they might also have noted a similar report alluded to in this column several months ago. [Which is this? Need to reference it.]

Although it is not clear what their term “cultural scripts” might mean, judging from the context they seem to be saying that there may be attitudes and misperceptions that dispose us to violence which might be changeable. This thesis seems reasonable and attractive, in that it suggests that things can be done to reduce underlying causes of violence.

Mental illness gets touched on at several points but, not surprisingly given the complexity of the issues, the authors never focus these thoughts.  Early on they cite “serious mental illnesses such as schizophrenia” while later it’s “paranoia, depression, and delusions.” Still later we’re told about “clinical symptoms and affect patterns”, “acute psychosis or serious mood disorder”, and “paranoid delusions with hostile content”, as well as “substance intoxication” and “illicit drug use.”

Conspicuous by its absence is Antisocial Personality Disorder. This is frequently seen in violent actors, and the criteria for its diagnosis specifically include illegal acts and aggressive behaviors.

There are other inconsistencies in the paper. While advocating for more research into causes of violence and ways of addressing them, they disparage as “superficial” a research report showing that patterns of violence in the city (and so potential causes) differ from those in suburbia.

Strangely, they talk about the coronavirus pandemic producing a sharp increase in “the psychological determinants of injurious behavior” when it has been widely reported that suicides in the U.S. have declined since the pandemic began.

Not surprisingly, given the tenor of the paper, they talk about “gun violence” [sic] as a public health problem. Is freedom of the press a public health problem because people get bad medical advice from newspapers, because they act on current recommendations that later prove to be incorrect, or because they make bad decisions regarding health insurance based on misleading ads?  Should freedom of the press be abolished in order to protect the public health?

The “public health” approach to “gun violence” promotes infringement of the 2nd Amendment no less than these ideas would the 1st Amendment. The point of research like this is from the outset targeted toward demeaning, diluting and diminishing Second Amendment rights.

On a positive note, the authors are correct when they say, “Psychiatry stands to be an agent of change in promoting interventions and solutions for improving the health of a community, rather than narrowly addressing the most sensationalized manifestations of gun violence.” That’s how it’s really done if we truly want to contribute to reducing violence.

—Thomas E. Gift, MD is a child and adolescent psychiatrist practicing in Rochester, New York, an associate clinical professor of psychiatry at the University of Rochester Medical School, and a Distinguished Fellow of the American Psychiatric Association.