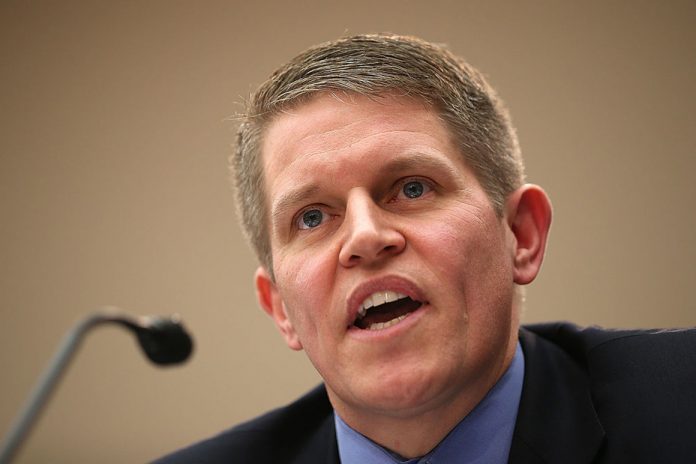 David Chipman’s nomination deadlocked in the Senate Judiciary Committee at the end of June but can still advance to the Senate floor if the chamber votes to discharge him. | Alex Wong/Getty Images

As President Joe Biden tries to go on the offensive against rising gun crime, his pick to oversee the nation’s firearm regulations is stuck in limbo in the Senate.

A handful of moderate Senate Democrats, most from red states, remain undecided on Biden’s nomination of David Chipman to lead the Bureau of Alcohol, Tobacco and Firearms. With the GOP galvanized to turn Chipman’s bid into a litmus test for Democrats’ commitment to the Second Amendment, citing the nominee’s past work for a prominent gun control group, that leaves Biden with a potential political problem that could hobble his messaging on both guns and crime.

That’s a nice way to say that Chipman is a terribly partisan nominee whose professional background should inspire neither confidence in his ability or his impartiality when it comes to firearms. He is an anti-gun advocate who has worked in a prominent fashion for gun controller Giffords.

Add onto that his background in both Waco and operation Fast & Furious, the latter of which he was the regional supervisor at the time, and he is both politically and professionally an terrible choice for ATF Director. Unless your message to the American people is literally, ‘To Hell with the Second Amendment.’ which Democrats understand is a political death sentence on the national stage. That only flies in places like California, where comfortably liberal super majorities won’t change their vote regardless of the state of their state.

On Monday, at least four Democratic caucus members were publicly mum on whether they’d support Chipman. Sen. Angus King (I-Maine) said he hadn’t made up his mind, while Sen. Joe Manchin (D-W.Va.) said he was still “working on it. “

“I’ve spoken to him a few times, had a Zoom call with him, trying to get all the facts and figures on this stuff, his credentials,” Manchin said. He added that Chipman’s experience “seemed to be exemplary” but that he’s still considering “everything else that people have concerns about.”

Again, a polite way to say, ‘This dude is a partisan hack but he is my team’s partisan hack and I haven’t found a way to softball it in yet.’

Chipman is currently a senior policy advisor to Giffords, a gun control advocacy group, after previously spending more than two decades at the ATF. That gun control work makes his nomination an even harder lift in the upper chamber, where Democrats will likely need unanimous support from all 50 members of their caucus to get him confirmed.

Senate Republicans are lining up in opposition, with Minority Leader Mitch McConnell denouncing Chipman as an “anti-gun extremist” and even moderates like Sen. Susan Collins (R-Maine) suggesting the nominee is out of the mainstream.

Opposition to Chipman from firearm industry is the close to unanimous. While the industry under regulation shouldn’t be the sole voice listened too when choosing a lead regulator, universal opposition should be viewed with concern and the reasons should be considered carefully. If they are not, the industry knows unequivocally that the administration is hostile to them and unconcerned with their opinions, and that attitude is incompatible with representative government.