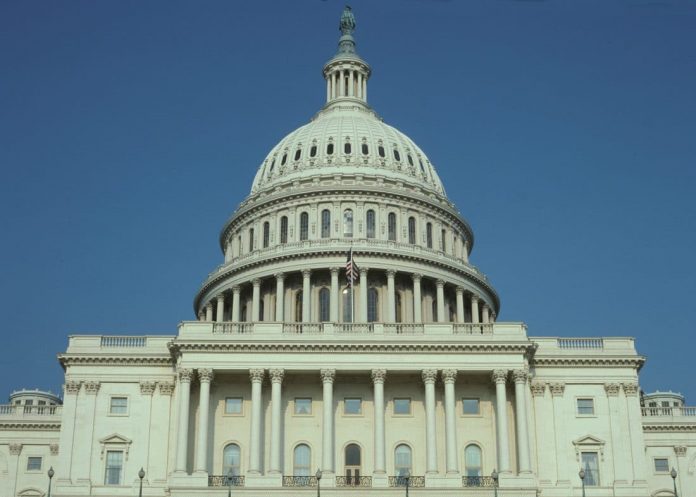 Rev. Patrick Mahoney, who filed a Federal Lawsuit Against Speaker Pelosi and Vice-President Harris Over Prohibiting Free Speech at the U.S. Capitol Will Conduct Public Prayer and Demonstration on the Capitol Grounds on Tuesday, July 13. The demonstration is to see that demonstration activities are allowed to once again be conducted on Capitol grounds.

Mahoney will be gathering on the corner of East Capitol and 1st Street NE at 11:00 a.m., on Tuesday, July 13 and then walk over to the Capitol grounds.

Rev. Mahoney will carry the event virtually through Facebook Live.

Rev. Mahoney’s federal lawsuit against the Speaker and Vice President can be seen:  https://www.foxnews.com/faith-values/christian-minister-sues-pelosi-harris-capitol-prayer-vigil

“Although the fence is down, I want to make sure First Amendment activities are allowed back at the Capitol since the grounds are now open to all. I plan on doing a demonstration at the Capitol on Tuesday morning. It will be very small, perhaps just me with a sign, as I want to be very understanding of any new protocols that are being put into place. However, it would be clearly unconstitutional to open the Capitol grounds to tourists, visitors and Capitol Hill residents while prohibiting my peaceful First Amendment activities there.” –Mahoney sent in an email to Capitol Police.

“While we are thankful the fence was removed from the U.S. Capitol this weekend, it is both troubling and tragic that it took 6 months to return the ‘People’s House’ back to the people. For 6 months, I was consistently prohibited from holding peaceful First Amendment activities at the U.S. Capitol. This included things such as: a Good Friday Service, a National Day of Prayer gathering and a 4th of July celebration as we prayed for America’s freedoms. Although the fence is down, I want to make sure First Amendment activities are allowed back at the Capitol since the grounds are now open to all. It is critical for public free speech and prayer to once again be welcomed, celebrated and honored at the United States Capitol.”

The lingering National Guard presence and the structures left in place after January 6th have been seen by many as a gross manifestation of the current administration’s hostility towards constitutional principles, those they find inconvenient. The ‘insurrection’, led (as much as a chaotic break-in can be led) by a shirtless man in a furry horned hat, prompted extreme actions and more extreme social media posts by those in the capitol who were absolutely pretty much in a war zone unlike anything the country had witness since the war of 1812, if you selectively exclude certain other riotous events that is.

At this point the overreach has probably played out its usefulness to the current administration and they are backtracking where they can gain ground by doing so. One such will be allowing Rev. Mahoney to remain unbothered on the Capitol grounds, as he should have been allowed to be, as a demonstration of things being normal and alright again.

‘Just move on and forget it, guys… please?’ seems to be the attitude. Where have we seen ‘What difference, at this point, does it make?’ before?