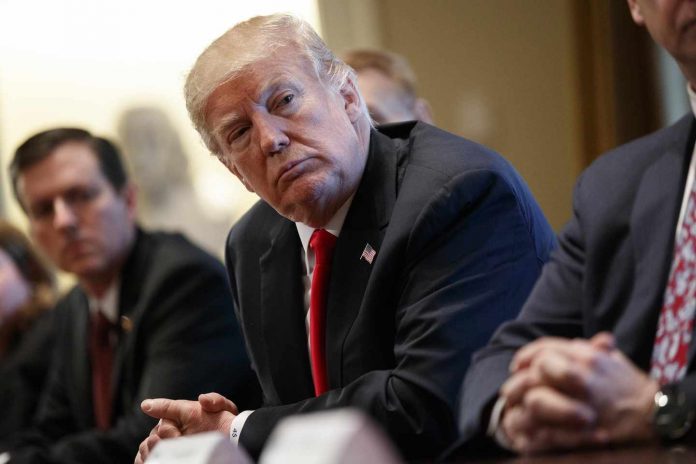 Donald Trump’s lawsuit against major social media companies pits freedom of speech squarely against the First Amendment. There can be no doubt that these social media giants are denying the former president his freedom of speech, while also denying his viewers and listeners the opportunity to hear and read what he has to say. But these media companies are claiming that the First Amendment protects their right to deny free speech to those with whom they disagree. Specifically, they assert a First Amendment right to censor Trump and others.

The danger of this “new censorship” — not by government but by private companies that effectively control the marketplace of ideas — is precisely that it may well be protected by the very amendment designed to keep the marketplace of ideas open to diverse views. Hence the paradox — and the uphill battle that Trump may face in persuading the courts that his non-constitutional free speech right to communicate with his millions of followers should trump the constitutional right of social media companies to censor.

The question comes down to this. Does a social media platform, a private company, have a public obligation because they are a publicly consumable forum to respect free speech rights. Items like public servants deleting certain comments or being belligerent to commenters on their platform has been ruled a few times now. A public servant is limited in their ability to censor. But the platform, the platform itself and the host for the content (not the creator) can censor.

But should they, a private company, be able to censor content of a political nature or opinionated one? Should they be put into a legally binding position where they, as a privately held public social forum, have obligations to evenly display and not interfere with public discourse?

If so, what do those obligations look like. They are still going to have a massive moderation responsibility when it comes to removing criminal or liable content. There are a myriad reasons this isn’t an easy answer. It is a crucial answer though.

In general, the courts have sided with the private companies and have defended their right to censor speech with which they disagree. For example, in 1974, the Supreme Court unanimously held as unconstitutional a Florida statute requiring newspapers to give candidates the right to respond to negative editorials about them. It ruled that the First Amendment prohibits government from requiring the media to publish anything they choose not to publish.

The new hiccup is that social media has revolutionized discussion, the news paper is the content creator in this instance and not the content host. Facebook should not be forced to publish anything Facebook does not wish to publish. But Facebook is not a publisher, they are a host for others published content. This places them into the realm of being a public forum for discussion, and because social media disseminates information quickly it is as close as we have ever had to a live discussion on events worldwide.

So, does Facebook retain the right to censor publication of content that is not theirs? Legally speaking it is theirs per terms of use, but the content creator(s) are those initiating a discussion on any given topic and not Facebook. So, to what extent can Social Media exercise their rights as a private host of a public topic? To what extent can Facebook exercise control and to what extent do they have an obligation to protect a post, even if they do not agree with it?

The ‘Fake News’ and ‘False Information’ waves of fact checking have proven to be biased and unreliable. If a service purporting to fact check cannot be relied upon to do so then it cannot be in the business of doing so, especially in public discussion. The example of the suppression of the Lab Leak theory, the Hunter Biden suppression, and countless other examples where the fact check or post sharing was misappropriated for politically biased reasons and used to attack or defend someone based on their ideologies has shown social media is no longer a reliable unbiased host.

It will be interesting to see what direction SM companies take on their content moderation going forward, especially if they are found to have a public duty because they host such public topics in an open live forum.

To be fair to these companies, they have been accused of doing things that they often do not do. The accusation of shadow-banning is often one of them. Where a company does not take someone off a platform but they alter something that drastically diminishes or eliminates a content creators reach. Sometimes the evidence is rather damning that the company was involved in suppressing the posts… and sometimes the creator is just unlikeable and nobody wants to interact with their brand of whatever. The algorithms used are designed to show the actively interactive users the things they interact with the most. It stacks the topics you most interact with and shows less and less of those you tend to skip, regardless of whether you take the step to actively unfollow a certain content channel or not.

So the reason you are only seeing X of every 10 posts is probably because you interact with that content at a level where X amount seems appropriate. If you click on that page and up your interaction you are going to see a boost. But tech has messed with reach metrics across all spaces, not just ‘conservative’ voices.

Should Social Media have a responsibility not to interfere? Should that responsibility be shifted to the producers, and most importantly the consumers of the content to self-moderate?

That is the legal question of this lawsuit. Which side has which responsibilities to the concepts enshrined in the 1st Amendment of the U.S. Constitution?