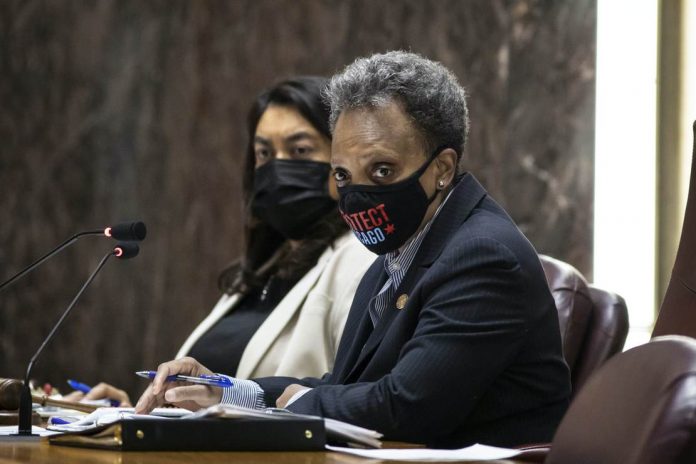 Concealed carry has it’s perks – especially when it comes to saving lives.

Chicago’s July 4 shoot’em up could have been worse if not for a fast-thinking, quick-drawing fan of the 2nd Amendment.

Shooting suspect Calvin Gonnigan was righteously perforated after shooting three people in Chicago’s dreaded Austin neighborhood. He was asked to stop firing his weapon in the air as kids played nearby. This made Calvin cranky so he started firing at the people.

An unidentified concealed pistol permit holder drew his weapon and shot Gonnigan in both arms and the hip, but not before Gonnigan shot one of his victims 10 times. Janina Ford, 45, tried to help a victim as well as try to convince Gonnigan to put down his gun. He shot her once in the face, killing her.

Gonnigan has some pretty serious previous convictions, including a conviction for “unlawful use of a weapon by a felon” for which he received a 10-year prison sentence. He also has a prior aggravated robbery conviction. When your gunphobic, crime-apologist Ken-doll friend tells you guns are the biggest problem in Chicago, tell them about Calvin Gonnigan. His previous felony conviction means he couldn’t legally own a firearm. He CHOSE to fire it in the air in a densely populated neighborhood, which was illegal and stupid. When asked to stop, he CHOSE to shoot people. He CHOSE to shoot a Good Samaritan in the face.

Gonnigan’s public defender told Judge Susana Ortiz that Gonnigan had recently been living with his cousin in west suburban Brookfield and was employed by Frito-Lay as a package handler, where he worked 60 to 80 hours a week. He also suggested, “I think the situation is one in which there may be another side to the sequence of events that night.” No mention of what else may have lead to Calvin shooting three innocent people. The Honorable Susana Ortiz compared Sunday night’s crime to the infamous 30-second 1881 “gunfight at the O.K. Corral” and ordered almost mass-shooter Gonnigan held without bail on murder and attempted murder charges. He is expected back in court on July 26.