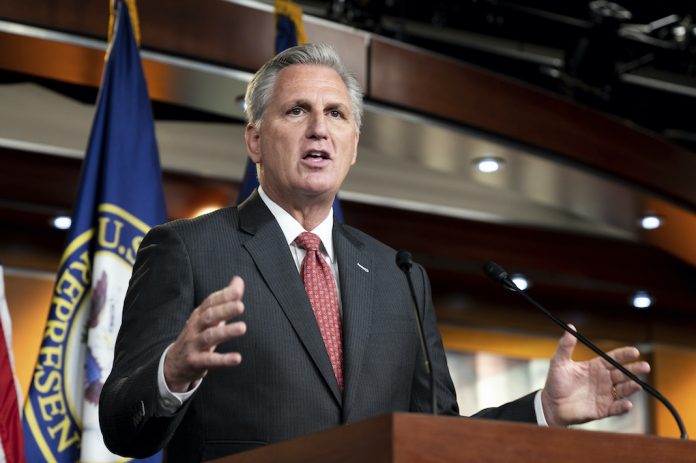 Opens the piece from The American Independent. When we see a title like this it is usually followed by a ‘those dasterdly [insert affiliation] are the only thing in the way from real dramatic meaningful change… and other words like that, some or most implied and not stated.

House Republicans, nearly all of whom voted against legislation to require a background check prior to all gun purchases, are now blaming President Joe Biden and other Democratic officials for a rise in the number of shootings and homicides.

In a series of tweets from their official caucus Twitter account on Tuesday, Republicans in the House noted a recent Fox News story about an increase in the number of shootings in major cities in 2021 so far compared to the first half of last year. “Welcome to Joe Biden’s America,” they tweeted, and paraphrased Fox contributor Joe Concha: “The common thread these are all cities run by Democrat Mayors.”

Several members of the caucus shared the tweets or offered their own similar assessments.

And our question is… why shouldn’t they. Policing, crime deterrence, crime response, local initiatives against violence, all of these things are locally controlled. To be the most effective they need to be locally controlled and worked on by the people in direct contact with the pulse of the community. So asking the mayors, city commissioners, county counselors, and other local officiates what is going on is a reasonable one. I won’t state for a moment that there is political capital to be scored, but that doesn’t make asking what is going on a less reasonable question.

“From Los Angeles to New York, crime is soaring in cities managed by Democrats. They’ve defunded police, but they’re not finished yet—they’re trying to eliminate law enforcement altogether,” argued Minority Leader Kevin McCarthy. “The socialist democrats have shown they not believe in the rule of law.”

To be fair to the President and his party, a monumental task in most instances, they are now advocating a great deal of increased funding. But that does nothing to nullify the energy that Democrat politicos put into the ‘defund’ movements or that at the heart of many of those was a complete abolishment of law enforcement.

“Everywhere police departments have been defunded & downsized, violent crime has skyrocketed. Yet, Democrats are still ignoring this crisis,” charged Rep. Chuck Fleischmann of Tennessee. “This is the America President Biden & Democrats have created.”

“While millions of Americans celebrated #July4th , over 150 people died from shootings. In Chicago alone, 92 people were shot over the holiday weekend,” tweeted Rep. Kat Cammack (R-FL). “The numbers don’t lie. This is the #BidenCrimeCrisis and it’s traveling to a city near you.”

“The #BidenCrimeCrisis was in full effect over the #4thofJuly weekend with 150 people shot dead,” wrote Georgia Rep. Buddy Carter.

Is this political grandstanding? Probably, at least in part, but it does not make the attitudes and actions from the federal to the local level by elected representatives who enabled behavior and undermined their law enforcement (a situation that has been ongoing for several years) any less damaging to both public trust and that of LE in their leadership.

Experts have disputed the GOP’s baseless suggestions that Democratic officials are to blame for the rising gun violence.

“2020 was just a crazy complicated year where lots of things happened, and there are lots of potential explanations for why we saw these big changes,” University of Pennsylvania Law School professor David Abrams told the Associated Press last month. “It’s complicated.”

Ohh, so now it is complicated. Funny how when your party is under the gun (pun absolutely intended) the problem becomes ‘complicated’

You can read the rest at the source link, however the summary is basically that last quote. It can’t be just the Democrat’s fault because, “it’s complicated.”

Sure it is, but Democrats hate that answer when it isn’t them giving it. They want the answer to be something like ‘Public Health Crisis’ aka money, or ‘Gun Control’ aka security theater, or even ‘Community Outreach’ aka the things they should be doing already because it is ‘complicated’