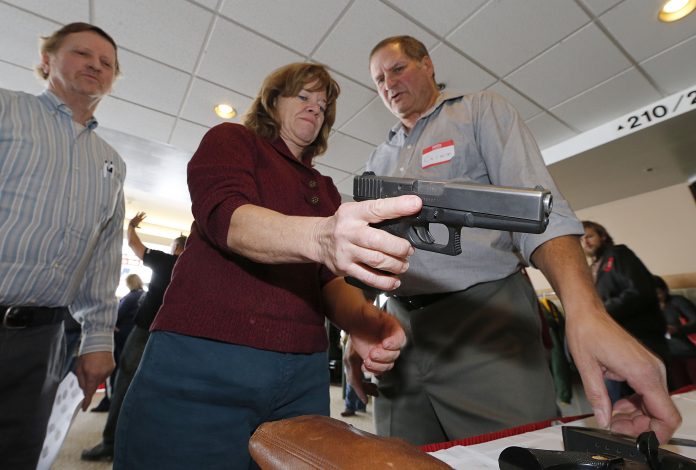 A new Florida law that expands rights to carry concealed firearms and erodes Florida’s prohibition of guns on school property is now in effect.

The Republican-backed measure passed the Legislature this spring as Senate Bill 259 and was signed into law by Gov. Ron DeSantis Tuesday.

Sen. Joe Gruters, who sponsored the bill, stated his intent of the bill was to allow people with concealed weapons permits to carry their weapons during religious activities, even if those activities are also located on a property with a school.

“For the purposes of safety, security, personal protection, or any other lawful purpose, a person licensed under this section may carry a concealed weapon or firearm on property owned, rented, leased, borrowed, or lawfully used by a church, synagogue, or other religious institution,” the new law says.

For example, a religious institution that also has a school on its property can now legally carry firearms. Similarly, any school that loans itself to religious activities cannot ban firearms.

Gruters argued throughout the spring legislative session that the new law protects the property rights of religious organizations that want to exercise their right to bear arms even on property they own or lease which is co-located with schools. A religious organization may decide for itself whether to permit concealed firearms in its midst.

Gun-free school zones were mandated by state law in 2018 after the shooting massacre at Marjory Stoneman Douglas High School in Parkland. The law prohibits firearms on school property, regardless whether the school is privately owned or whether the property was leased to another entity for another purpose.

Gruters insisted that gun-free school zones prevent people from participating in religious activity that is co-located with school property from carrying. He said those who carry their firearms want them on hand to defend their congregations from attackers, citing serveral recent shootings in churches and synagogues.

One Florida organization that endorsed the bill, which became law, says it doesn’t go far enough to protect gun rights.

“While this bill is a small step in the right direction, Florida is being left behind on gun rights,” said Matt Collins, director of legislation for Florida Gun Rights, said in a press statement this week. “Sadly, Republicans in this state, including Governor Ron DeSantis, are not leading on the 2nd Amendment.”