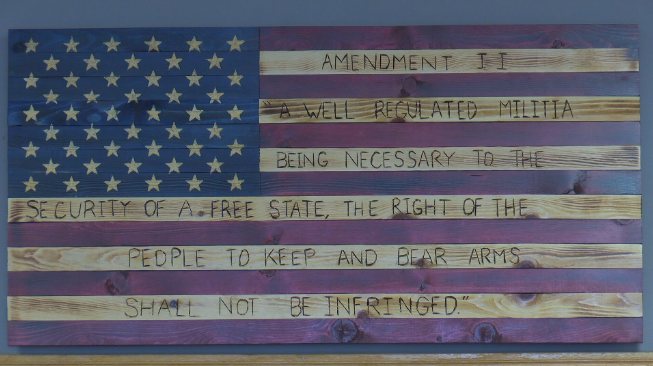 Iowa’s new Constitutional Carry gun law took effect on Thursday, which eliminates the requirement for Iowans to have a permit to buy or carry a gun in public places, with certain limitations.

The new law relies on the 2nd Amendment right to carry a firearm. But, it doesn’t mean gun owners can’t get a permit.

Ernie Traugh, owner of Cedar Valley Outfitters, says he had several customers hoping to take advantage of the new law. About half of these customers went home without guns because of the background check process being slow.

Traugh pointed out several scenarios where the new law could create problems for law-abiding gun owners, but encourages getting a permit – even if it’s not required of a gun owner – and familiarizing oneself with the new law.

“You can legally own a gun. You passed a background check. You went and bought a pistol at Cedar Outfitters,” Traugh said, “You can now wear it in a holster all around town. You can’t go on school grounds. You can’t go to that place. But, all of a sudden when you get in your car wearing that gun, you’re violating the law driving down a public road because you don’t have your gun put away in a closed and fastened container. That’s where somebody’s going to have a problem and it obviously makes no logical sense, does it?”

Michael Ware, a chairperson with the Iowa Firearms Coalition, has been working on this law with state legislators for 13 years. Ware says that infringement on any rights is not a good thing and that this law brings more freedom and responsibility to gun ownership.

“It seems like those of us out here in culture who get beat down the most, have the least to give,” Ware said, “And so when we make laws that bring everybody down to the lowest common denominator instead of of separate the good guys from the bad guys, we make them all bad guys. I’ve never seen any of those things actually work, regardless of the subject matter.”