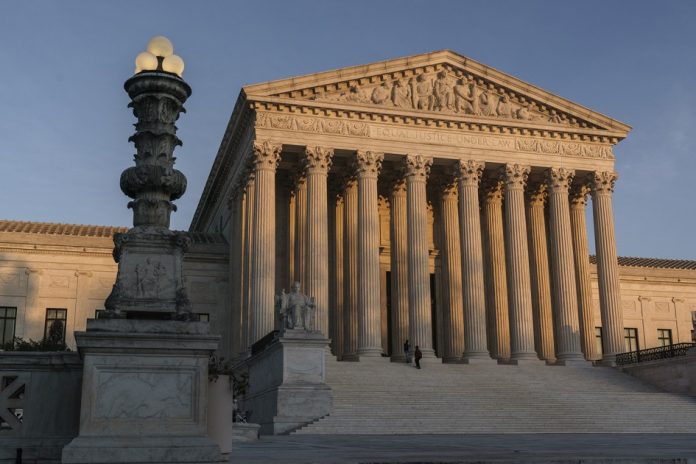 The U.S. Supreme Court on Friday added a major new case on religion and education to its docket for next term, agreeing to examine the state of Maine’s exclusion of religious schools from its program of paying private school tuition for students in communities without high schools.

The justices granted review in Carson v. Makin (Case No. 20-1088), which involves a quirky type of tuition-assistance program found in just a handful of states but may have implications for religious school choice nationwide. The case also implicates the growing conflict over providing government benefits to private religious schools that refuse to admit or hire LGBTQ students and staff members.

An overview of the case: This involves two families seeking reimbursement for sending their children to religious schools under the “tuitioning” program; a long-standing state program that pays private school fees for those who live in communities without high schools. Since 1980, the state has banned “sectarian” schools from the program, stating that allowing this help would be a violation of the First Amendment’s promise of no government establishment of religion.

The Maine case is a followup to the Supreme Court’s 2020 decision in Espinoza v. Montana Department of Revenue, which held that a Montana state constitutional provision barring aid to religious schools discriminated against those schools and families seeking to benefit from a state tax credit for scholarship donations.

The high court in Espinoza said the Montana constitutional provision “plainly excludes schools from government aid solely because of religious status” and thus violates the families’ First Amendment free-exercise-of-religion rights. Writing for the 5-4 majority, Chief Justice John G. Roberts Jr. said the court “need not examine” in the Montana case whether there was a meaningful difference between religious “status” or the “use” of government aid for religious education.

The families had filed their challenge after the Supreme Court ruled in a 2017 case, decision, Trinity Lutheran Church of Columbia v. Comer, that Missouri had violated the U.S. Constitution’s guarantee of free exercise of religion when it denied a church participation in a state program to improve the safety of playgrounds.

The Maine families lost in both a federal district court, before the Supreme Court had issued its Espinoza decision, and in the U.S. Court of Appeals for the 1st Circuit, in Boston, which ruled in October 2020, three months after Espinoza.

The 1st Circuit court said the distinctive character and limited scope of Maine’s tuition assistance program separated it from the aid programs recently considered by the Supreme Court in Trinity Lutheran and Espinoza.

The appeals court said it was significant that the Supreme Court rulings were based on the religious status of the institutions denied participation in the funding programs at issue. Maine’s program imposes a prohibition based on religious “use” of the state aid, the court concluded.

“Because Maine permissibly requires public educational instruction to be nonsectarian for reasons that reflect no hostility to religion, it betrays no hostility toward religion when it imposes a use-based ‘nonsectarian’ restriction on the public funds that it makes available for the purpose of providing a substitute for the public educational instruction that is not otherwise offered,” Judge David J. Barron wrote for a unanimous 1st Circuit panel that included retired Supreme Court Justice David H. Souter sitting by designation.

The 1st Circuit court also found it significant that Maine provides tuition assistance only to those who cannot get the benefits of a free public school education directly from one of the state’s 260 school administrative units, or SAUs.

“Given limited public funds, the state’s rural character, and the concomitant scarcity of available public school options for residents of many SAUs, we do not see why the Free Exercise Clause compels Maine either to forego relying on private schools to ensure that its residents can obtain the benefits of a free public education or to treat pervasively sectarian education as a substitute for it,” the court said.

The families’ appeal to the Supreme Court was backed by the Institute for Justice, the Arlington, Va.-based organization that had won the Espinoza case.

The appeal highlighted points that Justice Neil M. Gorsuch has made in concurring opinions in both Trinity Lutheran and Espinoza that there is little difference between discrimination based on religious status and religious use or action.

Gorsuch said in his Espinoza concurrence that Montana’s “condition on a public benefit discriminates against the free exercise of religion. Calling it discrimination on the basis of religious status or religious activity makes no difference: It is unconstitutional all the same.”

In their appeal, the Maine families said, “[S]o long as states may continue to define religious exclusions as ‘use-based’ and thereby escape meaningful constitutional scrutiny, families who believe that a religious education is the best option for their child will continue to be shut out of student-aid programs.”

In a friend-of-the-court brief filed in support of the families, EdChoice, an Indianapolis-based group that promotes school choice, argues that the Espinoza decision has prompted renewed legislative interest in as many as 37 states on choice programs that would include religious schools.

“However, the possibility of being sued based on religious use of program funding presents a new opportunity for detractors to convince legislators to exclude religious schools from educational choice programs,” the EdChoice brief says.

In their response brief urging the Supreme Court not to take up the case, Maine officials highlighted the religious character of Bangor Christian School and Temple Academy. It noted that Bangor Christian does not hire “homosexual” teachers or those with a gender identity that differs from what is on their birth certificate. And the school has not even indicated whether it would participate in the tuitioning program if the exclusion was removed, the state said.

Temple Academy also refuses to hire gay or lesbian teachers and requires parents to sign a covenant that they share the school’s views against abortion and same-sex marriage, the state brief said.

Such rules would quickly run into the Maine Human Rights Act, which bars discrimination in education and employment on the basis of sexual orientation, and includes an exception for religious organizations, but only those that do not accept public funds, the state said.

“This case is not about whether the schools have the right to behave in this manner as it is beyond dispute that they do,” the state’s brief said. “It is only about whether Maine must fund their educational program as the substantive equivalent of a public education.”

The Supreme Court will hear arguments later this fall.