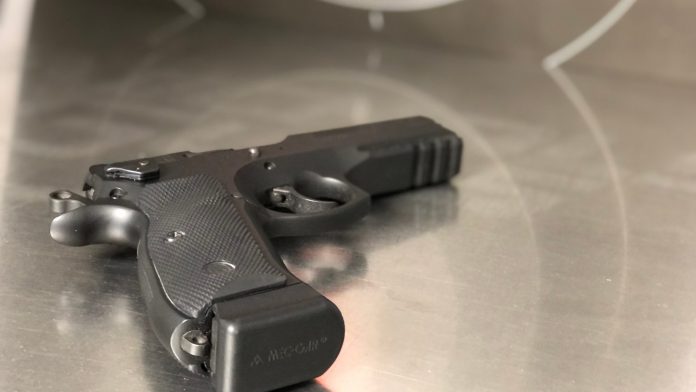 Pennsylvania is pushing House Bill 1587, an egregious change to their minimum sentencing requirements which disguises removal of fundamental rights as being. “Tougher on crime.”
But the ultimate issue here is three-fold. 1st, the justice system focusing on smaller crimes and giving out harsher penalties for them only does one thing, pads the AG’s conviction rates and case clearance numbers. 2nd, we know that harshening a penalty while it is unevenly applied and enforced, something that is chronic within the various state and national justice systems at the moment, results in a population that really doesn’t head the penalty because they do not respect the authority. 3rd, that lack of respect for authority, the erosion of the public trust in the community’s servants to act in good faith and at the public’s guidance, is a deep seated problem at the moment. Harshening penalties for more mundane cases is not likely to improve the public trust.
From The Daily American:

When the ratification of the Bill of Rights happened on Dec.15, 1971, “shall not be infringed” became a part of our solid American foundation.

The president at the time was none other than George Washington. Fresh from the Revolutionary War, Washington and our founding fathers understood liberty. They also understood that preserving liberty would depend on the right to keep and bear arms.

These efforts of our founders are now under attack from a broad range of anti-gun politicians. Sadly, these include even the Pennsylvania House Republican Second Amendment Caucus.

H.B. 1587 seeks to increase disastrous minimum sentencing requirements. This would affect those convicted of offenses under Section 6105 of Title 18. These include individuals convicted of such heinous crimes as trespassing or minor theft. A key principle of our legal system is the idea that those who have served their time have paid their debt to society. H.B. 1587 makes a mockery of that concept. Instead, it insists that we treat these individuals as second-class citizens for the rest of their lives.

Further, H.B. 1587 ignores the glaring flaws in our courts. Our justice system is not perfect, and convicts innocent people. A survey in the Journal of Quantitative Criminology showed that 6% of prisoners in Pennsylvania were wrongfully convicted. That means of the 47,000 people in our state prison system, 3,000 are innocent.

With 225,000 criminal cases filed annually in Pennsylvania, that number is growing. Many are our low-income neighbors, forced into plea deals for charges they cannot afford to contest. Those individuals then have to spend years fighting to prove their innocence. Then even more years fighting to regain their basic rights.

H.B. 1587 ignores systemic injustices and malicious prosecutions that plague our justice system. Passing it would only cement the wrongs of our justice system while further deteriorating our Second Amendment rights.

Jesse Blackburn succinctly covers the problem with the penalty adjustments. There is too much subjectivity and too great an amount of error for a penalty change to have the positive effect on criminal activity that proponents of H.B. 1587 will claim.

In short, this isn’t the sort of ‘Justice System Reform’ we should be concentrating on when making prosecutions and sentencing consistent and appropriate should be the standard they are striving towards, and we should see those efforts.