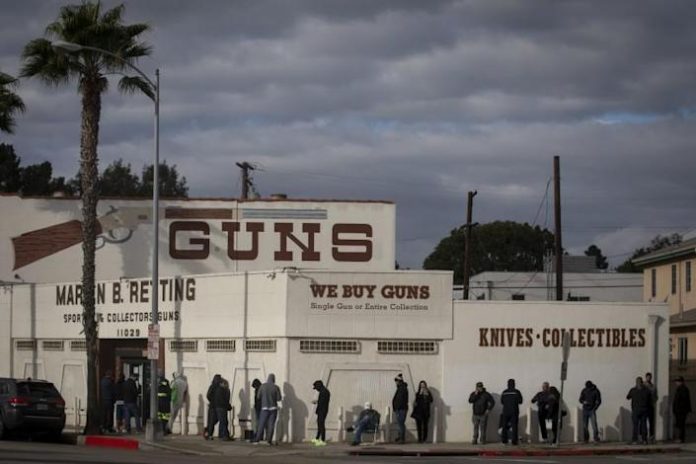 This is the very essence of why the PLCA, the Protection of Lawful Commerce in Arms Act, exists and why the anti-2A crowd want it gone. The actions of a random consumer should not be able to end the business and reputation of a lawful business who followed all the rules and could not use pre-crime predictive mind reading to detect someone who would at some future point do something horrific.
From kfyo.com:

Earlier in the week, the Texas Supreme Court struck down lawsuits against Academy Sports and Outdoors. Academy was being sued by survivors and families of those who were killed in the 2017 church shooting in Sutherland Springs.

“Academy followed the law when the shooter, Devin Kelley, purchased the rifle in 2016 at a store location in San Antonio. The store followed federal requirements including a background check when Kelley presented an out-of-state license and address. Although Kelley was disqualified from purchasing because of domestic violence charges and a dishonorable discharge from the Air Force, that information had not been reported to the system when the store ran the background check. A separate lawsuit against the Air Force for failing to collect, handle and report that information remains pending in federal court.”

This ruling by the Texas Supreme Court will make sure for now that gun stores, big and small are protected from these lawsuits that are really meant to shutdown the 2nd Amendment.

Most gun stores are small businesses. They operate on small business budgets and small business margins. They cannot afford, literally, to take on even one bad actor who commits a crime with something they purchased from their establishment. Imagine the lawsuits if a liquor store or gas station were on the hook for a drunk driver, just one, who killed someone. Any single event would close a store nearly every time.