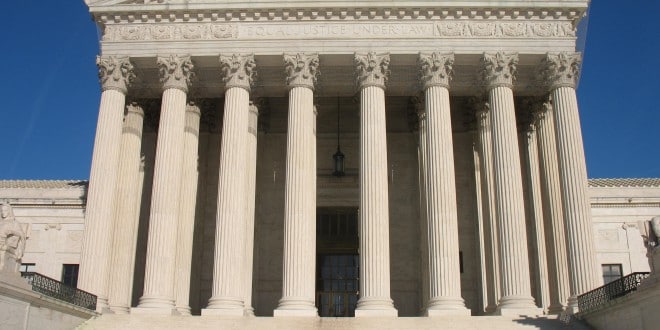 From the Cape Gazette, Letters to the Editor:

In the June 18-21 edition of the Cape Gazette, a writer referred to the SDARJ as “a special kind of stupid.”  This useless name calling followed a litany of misinformation and subjective opinions.  I could use this opportunity to correct the misinformation, but for all who choose to believe through the blind lens of ignorance, it would be of no avail.

Not a bad opening but you should absolutely take the opportunity to correct misinformation wherever you can. It may not be for the benefit of the folks who ‘believe through the blind lens of ignorance’ but it does establish you as the voice of factual reason. It shows that you should be looked at as an informed individual, not just an opinionated one. This speaks to those who have not formed a strong opinion as they are more likely to side with a reasonable voice.

For those who are concerned about the health and safety of their communities, families, neighbors and fellow citizens, allow me to reiterate a few truths.

This is always a concerning turn of phrase… You should not have to preface the truths as truth, it should be ‘self evident’ and backed up by your calm correction of the misinformation. What we are unfortunately about to experience is a biased opinion being touted as fact based on the author’s desire for it to be fact. This is common, it is a symptom that spawns out of emotive oversimplification of data.

That sounds like a fact, especially with the exclamation point at the end [/sarc]. Not like you are shouting it at the audience with only the vaguest of backgrounds to substantiate it as a fact. Convenient that if it is declared ‘a public health crisis’ in the legal sense that it suddenly becomes worth money… but we can defer discussion on that for the moment.

Ghost guns allow for the total disregard of any federal or state regulation to reduce violence.

What does theft do then? If your justification for being against the existence of legal to build unserialized firearms is that ‘what if people break the law?’ you are invalidating the efficacy of the law, not the existence of the product.

It’s nice of you to assume that one third of the US population is just a bunch of murderers and criminals in waiting. I wonder what other population groups we could apply such logic towards? Oh wait, is that prejudice I smell?

Gun control is not about Black on Black violence…

Gun control was originally enacted to control recently freed blacks, it is patently racist in origin. Gun violence, category homicides, is a devastating problem in the black community while gun violence, category suicides, is a more broad reaching problem. Race is a terrible metric by which to judge these problematic metrics as it is the definition of over simplifying a problem.

…It is about the abuse of the 2nd Amendment.

It is essential because so many disregard their responsibility as citizens for the health, welfare and safety of fellow citizens.

Excuse me? Prove it. By what metric are you accusing 100,000,000 people of disregard when gun deaths trail alcohol by a factor of 2.5 times, and that includes suicides and homicides?

It’s about protecting the lives of all citizens in a country/state where gun violence is out of control.  To date, there have been 283 mass shootings in the United States in 2021. Delaware has the 13th highest rate.

And California, the gun control Mecca of the country, was top contender last I checked. If it’s about protecting lives then you need to broaden your horizons on the methods to do so.

As for name calling; SDARJ will continue to speak the truth through legitimate data sources…

…and share this truth with the community.  For those of you who choose to reject it, you have our deepest sympathy, for with truth comes useful power.

Pot calling the kettle… you know what… we’ll just leave that one alone. To you 100,000,000 potential murders, you irresponsible users of your 2A rights, you disregarders (made that word up) of responsibilities, all of you who are prejudged as evil by taking personal responsibility for yourselves.

She thinks you are evil, and she believes she is right therefore she is. She is uncaring about dissenting data, or the complexity of a criminal violence problem. She is convinced of her own righteous purpose and can justifiably, to herself, ignoring any dissent.