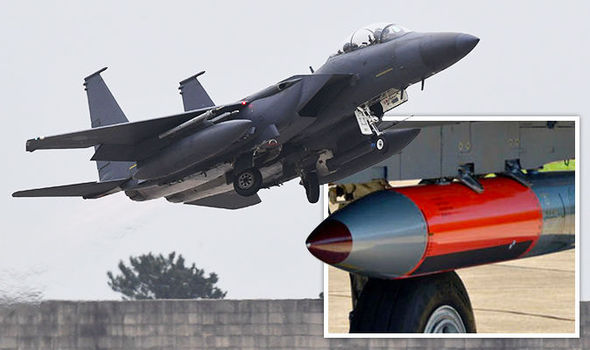 This message is directed to whoever is speaking into the earpieces of the 47th Vice President (hereinafter, “47th”), who earlier this week mumbled something about F-15s and nuclear weapons:

We the People aren’t going to compromise on our rights, especially the right to keep and bear arms, because our rights were the basis of the compromise made at the Founding:  We agreed to delegate limited powers to the government in return for its solemn promise to protect our rights.  We agreed to be governed for no other purpose.

If 47th  doesn’t read the Amendments as absolute, we’re happy to renegotiate the 16th Amendment (may John McAfee rest in power), and start exploring the “emanations” of the Second Amendment. After all, if the Bill of Rights is properly understood to have a “penumbra” of unwritten but nonetheless government-limiting individually-delegated freedoms afforded to the People, then clearly each enumerated right must contribute.

We’re no longer interested in grammatical discussions about the meaning of prefatory clauses, or the significance of the dicta of the Heller decision, or who used what during the American Revolution.  We claim our right to life, the freedom to use our minds to direct our actions in the service of our lives and our happiness, and the right to use tools of whatever kind to peacefully defend our lives and property, limited only by the mutual promise to not initiate violence.

If 47th believes that the government is now beyond the reach of its citizens, then the government has exceeded the terms of the contract made at the Founding. The penumbra of the Second Amendment needs to robustly developed, not constrained by arcane rules based on the hope that criminals would change, tyrants would be no more, and gun control would magically start to save lives after failing spectacularly time after time.

We don’t want your “gun control.”  If we did we wouldn’t have purchased all the guns we have over the last year.  We’re not going out on the balcony as 47th suggested to FLOTUS and firing both barrels of an over-under, as all those 4473 forms confirm.  We don’t want “AFT” nominee David “Waco” Chipman, who would love to comb through them in order to retroactively classify thousands of arms as illegal and/or subject to new taxes.

We are buying guns with standard (sorry that 30 or 75 or 100 is too high to comprehend) capacity magazines, and we are making guns and parts at home.  We don’t care if you don’t like pistol braces: if that helps us stay on target then we’ll use them.  We’re buying body armor—sorry, Chuck—and we are practicing at the range.  We know that if we weren’t in the right there would be no need for your propaganda. We are catching flack now only because the RKBA is increasingly popular and accepted.

You are so embarrassingly wrong on so many points that it’s almost unseemly to correct you, but there’s really no alternative.  The only prohibited persons at the time of the Founding were slaves.  Your confusion on this point is appalling.

You were confused, misled or bamboozled about “gun violence” in large Democrat-led cities. You tried to say something about guns flowing into those cities from other localities.  Ask yourself “Why would people make the effort to traffic guns and commit crime in those cities?  Why not just engage in mayhem where they are?”  Availability of assets is a partial reason, but other entities have valuables, and no criminal bothers them. Fort Knox comes to mind.

Obviously, the most important factor is that the valuables’ owners are disarmed, literally at gun point by law enforcement.  Your confusion is tragic because our law-abiding kindred in those cities desperately want to be able to defend themselves and instead are forced to become defenseless victims, becoming statistics that you and your ilk trot out to promote more useless gun control.

You engage in dangerous rhetoric and do so without expressing any understanding of how far you drifted from the decorum expected of the ostensible leader of our free Republic.  Remorse is in order.  Peaceful opposition to your policies and the government you lead should be welcomed, understood and respected.

Remember (if you can) that your Senate career and the F-15 both first took flight in 1972.  Much has changed since then. Please read up on it.