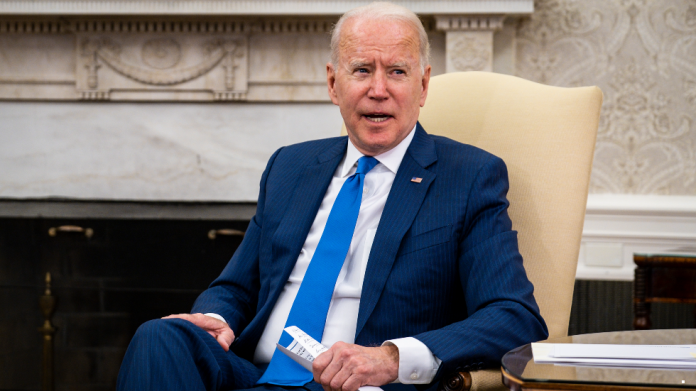 “And I might add: The Second Amendment, from the day it was passed, limited the type of people who could own a gun and what type of weapon you could own. You couldn’t buy a cannon,” Biden said during a speech on gun violence in America last week.

The Post, citing experts on the Second Amendment and historical documents, reported Biden’s assertion about cannons relative to the right to bear and keep arms in the United States is demonstrably false.

It is a sign of the shamefully blatant bias and antipathy that the anti-2A crowd, including the President of the United States, has for the Second Amendment. That they are trusting in the people listening to simply take the statement at face value…

The problem is they burned that bridge in 1993. With the passing of the first ‘Assault Weapons Ban’, one that demonstrably did nothing to improve public safety (which is another topic they love to lie about ), they did tremendous damage to the public’s trust and faith in the governing elect to be truthful and informed. The anti-gun position continues to be built upon a foundation of fear and ignorance, even when so shallowly and provably false they simply want to will it to be true.

The Second Amendment states that “a well regulated Militia, being necessary to the security of a free State, the right of the people to keep and bear Arms, shall not be infringed.”

Biden has made the claim about cannons and the Second Amendment at least once before, the Post noted, telling Wired magazine last year “you weren’t allowed to own a cannon during the Revolutionary War as an individual.”

“Some readers might think this is a relatively inconsequential flub. But we disagree,” fact-checker Glenn Kessler wrote. “Every U.S. president has a responsibility to get American history correct, especially when he’s using a supposed history lesson in service of a political objective. The president’s push for more gun restrictions is an important part of his political platform, so he undercuts his cause when he cites faux facts.”

It is amazing, it is truly, that such blatantly wrong statements can be so casually disregarded by the gun controllers. They are so totally adamant upon the defense of their collective positions that they are willing to build their rules upon atrociously inaccurate data and assumptions in order to be ‘morally’ right.

The Post awarded Biden four “Pinocchios” for the remarks about cannons and the Second Amendment, the most possible.

“Moreover, Biden has already been fact-checked on this claim — and it’s been deemed false,” Kessler wrote. “We have no idea where he conjured up this notion about a ban on cannon ownership in the early days of the Republic, but he needs to stop making this claim.”

There are many claims the President needs to stop making when it comes to the Second Amendment. This is perhaps one of the silliest, it is much less dangerous to a user than his shotgun claim. His blithering idiocy there wasn’t any more coherent just because it was more dangerous to someone looking for advice to protect themselves.