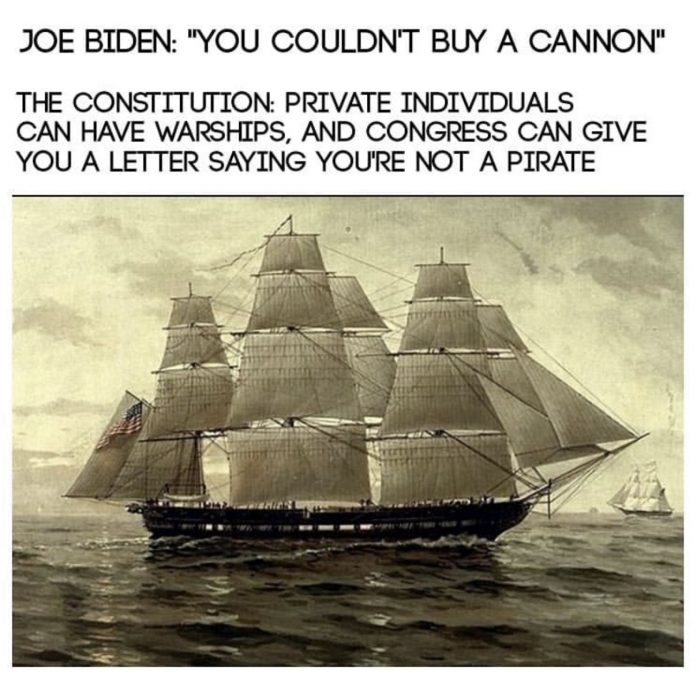 [Photo Credit: From the gun counter]

With our highly articulate commander-in-…-you-know-the-thing speaking on why we need to restrict the 2nd Amendment in order to curb violence… instead of things like restore lost income from the pandemic by getting people back to work or addressing any of the other many tensions in the nation with an approach that doesn’t scream partisan bias… the problem emerges with how blatantly wrong each of the declarations is.

From “needing Nukes and F-15’s” *the Taliban and Vietcong have entered the chat* too old absurdities like “Fire two blasts into the air” I don’t know why we listen to this man.

I’d like to say, in their defense, that some of what Donald Trump said was more absurd but I don’t believe that is true any longer.

We are living in an age where blatant falsehoods like “you couldn’t just buy a cannon” are ignored. No “False Information” or “Missing Context” posts under such a claim. Despite documented and easily findable evidence that the opposite was 100% the case. That weapons in private hands won the revolution. That weapons in private hands and the government supporting that ownership are not only an expression of trust in their people, but a respectful acknowledgment that arms are the ultimate expression of independence.

Joe Biden doesn’t understand this. Not in the least. It is beyond his cognitive ability and contrary to the absurd party line of safety through rules that the elite and the criminal class will always ignore.

We must continue to fight the ATF’s rule proposals and this latest speech is proof our efforts are working. They’re shifting tactics because we gun owners of America have said, “No, we’re done ‘compromising’ for nothing.”

The gun controllers built this house of cards and now that all their plans are coming to their logical conclusions, a giant implosion, they are scrambling to somehow try and scream “We told you so, we need ‘gun control’ because of X, Y, and especially for the children Z reasons.”

A minimal attempt is made to appreciate the fact that community stress and hardship might be a contributing factor… but no it’s definitely the guns.

So far the Biden administration attempts have all been wet blankets, but that is through the vigilance and refusal of contentious gun owners who are refusing to give an inch.