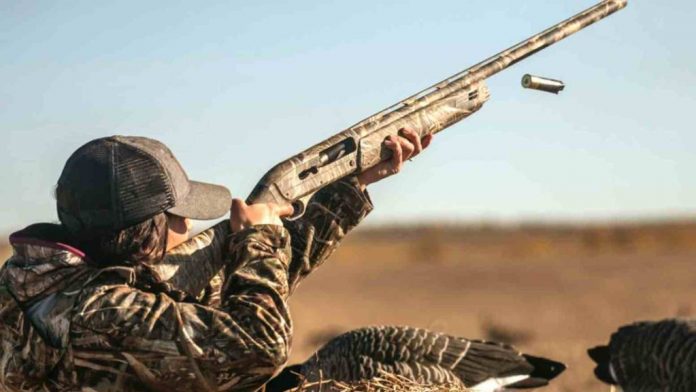 [Ed: Another piece by our Simon Fraser University expert, Professor Gary Mauser, demonstrating that Canadian gun owners are afflicted at least as much by ignorant, destructive legislation as are Americans. He first published this May 13 on his website, Justice for Gun Owners. Minimally edited for DRGO (but not the amusing Brit variant spellings).

British Columbia Bill 4 is Bait-and-Switch. The BC government recently rushed the Firearm Violence Prevention Act into law claiming it was an attempt to deal with drug and gang violence. Unfortunately, the Firearm Violence Prevention Act misses its target. Instead of enforcing the laws already on the books, or initiating programs to divert youth from being seduced into a gangster lifestyle, or taking serious steps to lock up violent repeat offenders in prison, the BC government passed new laws, fighting violence one media release at a time. The FVPA introduces a patchwork of measures that snare duck hunters, sport shooters, fancy cars, boys’ toys, even physicians and social workers. This is nothing more than a bait-and-switch trick.

Despite claiming that it will “reduce shootings related to gangs and the drug trade,” the FVPA adopts a heavily bureaucratic approach to firearms legislation because it assumes that the problem is the widespread ownership of firearms by the public, as if hunters are the problem, not criminal gangs. Mere access to firearms leads to “firearm violence.” This seems like a strange way to approach gang violence. Instead of focusing on a few hundred gangs, the bill prefers to demonize BC’s legally licenced hunters and sport shooters, who number in the hundreds of thousands. This is nothing but a recipe for expanding government bureaucracy.

By confusing duck hunters with gang bangers, the FVPA will cause greater problems for honest citizens than it will for gun-toting criminals. It is stuffed with flaws, but here I would like to discuss one aspect that is perhaps the most egregious. Part 8 (section 72) shields “authorized” professionals (e.g. health professionals or social workers) from civil liability who tell police that a client might use “a firearm or imitation firearm” to “threaten or intimidate another person.” Apparently, this is an attempt to combat family violence, or perhaps suicide, but singling out firearms in this way means the bill fails to deal with serious social issues and unnecessarily demonizes hunters and sport shooters who are not the problem.

According to Statistics Canada, firearms are involved in less than 1% of incidents of family violence. The bill ignores the lion’s share of the problem, which lies with many other ways to cause harm. Nevertheless, the FVPA only shields informants if a firearm or imitation firearm is involved.

Nor does the FVPA contribute to reducing suicide. Even in homes with firearms, few suicides involve firearms. Perhaps because ropes are readily available, hanging is much more frequent. Desperate people resort to a variety of methods. The problem is suicide, not guns. The solution is prompt intervention, not additional legislation.

This bill infringes upon individual rights by violating due process. It does this in two ways. First, by removing civil liability it invites false, even malicious accusations, about anyone who is claimed to own a firearm or imitation firearm. Second, it allows the police to apprehend an individual based only on an informant’s claims (or vague feelings) about possible threats or intimidation. The accused is then forced to defend him or herself in court from unsubstantiated charges before being able to regain freedom.

It is outrageous that the mere presence of a firearm (even an “imitation firearm”) would lower the bar to such a level that only vague “feelings” of intimidation would be required for police to apprehend someone. This places all hunters and sport shooters at risk of being falsely accused of being threatening. According to Statistics Canada data, hunters and sport shooters are less likely to commit violent crime than are all other Canadians. The FVPA exposes hunters, sport shooters, and farmers who own firearms, to false accusations that could see them apprehended by the police and their property confiscated.

This bill is unnecessary because physicians are currently permitted to warn police when aware that a “serious, imminent danger [is] posed by a patient …[if] the patient had made specific threats.” No one wants a seriously disturbed individual having access to firearms (or any other potentially dangerous object, such as knives or automobiles), but it is very difficult to assess the likelihood for dangerous violence.

Outrageously, Bill 4 makes this problem worse by expanding the list of people who are exempt from civil liability charges beyond physicians to include other health professionals and even social workers—or any “authorized professional” who is “designated”. Deciding that an individual should be apprehended should not be done based on accusations of vague threats or “feelings” of intimidation without proper training. Neither social workers nor police are trained to assess mentally disturbed individuals. Millions of Canadians struggle with mental illness and while their behavior may shock or ‘intimidate’ people who are unfamiliar with them, they rarely are a danger to themselves or to others. Assessing whether a patient poses an imminent threat should be reserved to physicians because they have been trained, while other ‘health professionals’ and social workers have not.

Gangsters Are Laughing at the BC Government

To sum up, by removing civil liability from a potentially wide range of government authorized reporters, the FVPA invites false, even malicious, complaints, against innocent people who are claimed to own firearms or “imitation firearms.”

Why did the government dream up such a mish mash of a bill? That’s difficult to say. The government has not provided any evidence that demonizing firearms will in any way reduce suicide rates or family violence.

—Gary Mauser, PhD is professor emeritus in the Institute for Canadian Urban Research Studies and the Beedie School of Business, Simon Fraser University, British Columbia. He specializes in criminology and economics, has published extensively on firearms legislation, firearms and violence, and has provided expert testimony on criminal justice issues to the Canadian government.