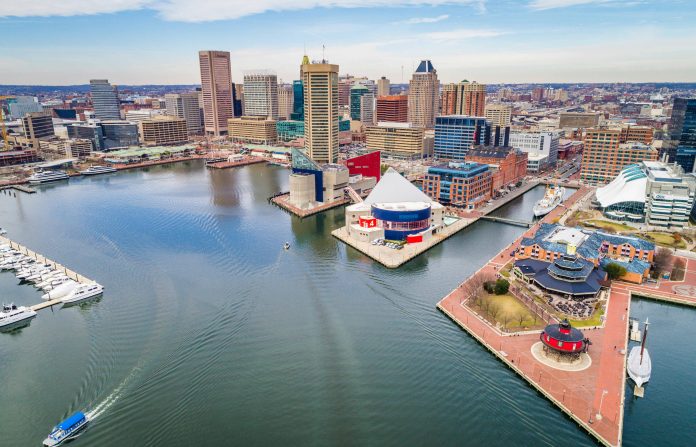 Just like ‘Ghost Gun‘ the Iron Pipeline is a term used to describe the fact that a demand for illicit firearms in the North Eastern United States receives a supply. The term is used to evoke some dark network of underground flow where guns are simply pumped into New York, Baltimore, and other locales of high demand.

If we want ill gotten arms to be dissuaded then we need to dissuade.

The high-capacity handguns fueling Baltimore’s epidemic of violence increasingly enter the city through an underground network of out-of-state traffickers. Can anything be done to turn off the spigot?

This headline is in Baltimore Magazine, it opens with the emotive tale of Kevin Shird, a teen who grew up hard with his parents and siblings, who had been victimized by “gun violence” several times in his young adult life. It’s far from an atypical story for the impoverished inner city youth. And as you can imagine, Shird ended up in a gang. Leading one in fact. They ran a profitable trade in illicit drugs.

It isn’t guns, it is grey and black market economics. These guns are insurance for a business, because you can’t go to an insurance company or call the police to help bolster your security. You aren’t Walgreens or CVS.

But back to Shird’s tale.

“It was all still in their boxes,” says Shird, who later did 12 years for drug trafficking. “We had an endless supply of Berettas, Glocks, 9mm handguns manufactured by Smith & Wesson. It got so you could place orders. Tell him what you wanted. Look, guns have always been easy to get in Baltimore, but if there’s one thing people have to understand, it’s that kids in Baltimore aren’t born with guns in their hands. Guns aren’t manufactured here. There aren’t even any gun stores left in Baltimore City to buy one legally. [There’s one, owned by an ex-cop.] All these guns—the cheap, broken ones, the ones passed around with a body on them, the ones traded for drugs, the expensive ones sold on the black market—they all come from someplace else.” -Baltimore Magazine.

Prohibition tends to Streisand Effect demand. And thanks to Maryland’s hostility towards the Second Amendment, suppliers left. LWRCi is the last major brand in Maryland.

But demand didn’t leave. Black market demand, demand from traffickers and felons who want a security they cannot buy from a company or expect from the Police (for obvious reasons) are still going to invest in it. And where there is demand, there will be supply.

Imagine picking up a mini-fridge that you could then auction off for several times return on investment. That is financially tempting. Sure the fridge might be being used to store something illicit but that isn’t really your problem. You just sold a fridge to some folks who really wanted one because they were hard to get.

That same grey logic applies to firearms, there is a distinct financial incentive to supply a demanded product. “It’s illegal!” generally only holds water for those who are already financially solvent in another manner. Add to that the knowledge that the firearm trafficked will, odds suggest, be used on other criminal organization members far more likely than on kids in a playground (although we know fire is indiscriminate, it simply follows a trajectory) and the grey logic gets even deeper.

Grey logic, for those wondering, is moral ambivalence. It may be “bad” but it also isn’t your problem. You aren’t the cops and the DA is “just gonna let them skate anyway.”

Look at Mr. Shrid’s case. He did 12 years for drug trafficking, not a firearms violation. He is now a vocal advocate, worked with the Obama administration, and a published author. But he notices his neighborhood and gun violence in general remains largely unchanged.

Well Baltimore Magazine has the “easy” solution. I’m not even gonna say it.

But the real solution. The solution with teeth, is to curb demand. This combines harsher (but fewer) prosecutions with removing the reasons people need an illegal gun. You can’t eliminate them, but you can blunt them. Decriminalization of a great many ‘victimless events’ and harsh consistent prosecution of events with victims.

This country is lousy at the reintegration part of rehabilitating its convicted transgressors. We are lousy at imposing consistent sentences far harsh criminal offense. We are terrible at helping those who complete sentences, full or reduced, come back into society despite the fact that they have paid the penalty society imposed. All this fuels a greater demand in the gray and black markets because the legal markets denial does not change the demand.

But this this the question they asked instead

It raises a vexing question: How does Baltimore, in a state with some of the toughest handgun purchasing requirements in the country, manage to produce the highest gun homicide rate of any large city in the United States?

Supply. Demand. There is demand and Baltimore cannot shut off supply, it is impossible. They simply choked shut the legal supply for legal residents and the law–abiding, good call. How’s that working out?

The short answer: Nearly two-thirds of guns associated with crime in Baltimore come from out of state. And Maryland overall now has the highest rate of out-of-state crime gun “imports” in the country, according to a 2020 analysis of tracing data from the Giffords Law Center to Prevent Gun Violence. Traffickers today bring nearly three times as many firearms into Maryland as the national state average, playing a deadly role in Baltimore’s epidemic of gun violence.

There is nothing suspect at all about taking the Giffords Law Center’s word… they aren’t biased, I’m sure. But even if that assertion is spot on accurate it illustrates the futility of trying to suppress the problem through local Prohibition, a tactic which has never in history worked. Instead they…

As Shird’s recounting of the North Carolina trafficker makes clear, out-of-state guns have always been illegally sold on the streets in Baltimore. But in the past, out-of-state firearms accounted for a minority of recovered crime guns in Maryland—38 percent, 20 years ago. What’s changed—the unfortunate consequence of the strict gun licensing legislation passed under former Gov. Martin O’Malley in 2013—is that out-of-state guns for the first time represent a majority, a solid 54 percent, of Maryland crime guns traced by the ATF. More than 1,000 crime guns recovered in 2019 traced back to Virginia alone. Another 2,500-plus came from other jurisdictions, including Pennsylvania, the Carolinas, Georgia, West Virginia, and even as far away as Texas.

“We know from the data these guns mostly flow up the I-95 corridor—‘the Iron Pipeline’—because southern states have fewer restrictions on gun buying,” says former ATF chief of crime gun analysis Joseph Vince, a sociology and criminal justice professor at Mount St. Mary’s University. “Take any city that only deals with ‘bad guys with guns’ and spends 98 percent of their time on street arrests—there will always be more guns, and inevitably more ‘bad guys with guns,’ because so many young guys are in the drug trade. It doesn’t mean you don’t arrest everyone illegally possessing a firearm. You do. It means working both ends of the equation. Otherwise, the guns keep coming. This should not come as a surprise to anyone in law enforcement, but it often does.”

Cops are simply cleaning up the results of the demand. Arrests, prosecutions, and middling sentences don’t curb demand either, it just shifts it to whomever fills the vacancy.

Look at it this way. You bought some DogeCoin, a crypto currency that literally started out as a joke. Then, since you were paying attention to DogeCoin, you saw it rise and you made bank on it. Huge multiplicative return on investment. Now you hear of a way that you can consistently get several times return for road trips to Baltimore and make that same ROI. This time it’s not a joke crypto currency, it’s gun running, but the financial return is just as real.

Nobody should be surprised it is regularly done. There is demand, financial rewards for suppliers, and moderate risk. Sure you could go to prison, sure you could get shot by a gang and have the guns stolen, but those are moderate and semi-mitigatable risks. How many traffickers actually get picked up? How many demanding ‘clients’ turn on their suppliers for a short term gain while cutting off a source they need long term?

If Baltimore were curbing supply, we would know. But they aren’t. They can’t. They only succeeded in making the law-abiding’s hoops to ownership crazier and more demanding, the people who weren’t a problem to begin with.

So perhaps shift focus to demand.